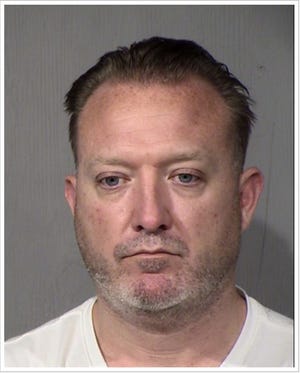 A grand jury indicted a Valley man who is suspected of trafficking teenage girls for prostitution, the Arizona Attorney General’s Office announced Wednesday.

Jason Michael Vangundy, 37, was indicted on charges of child sex trafficking, sexual conduct with a minor, illegally conducting an enterprise and money laundering in the second degree, according to an Attorney General’s Office news release.

Authorities say Vangundy is accused of trafficking two teen girls, ages 16 and 17, for prostitution between April and June. Both girls were reported as a runaway or missing at the time, the release stated.

Mesa police investigated the case and reported earlier, at the time of Vangundy’s arrest, that he was accused of trafficking four girls. Two of the teens had come forward, but police were still looking for the other two.

The news release also stated Vangundy is alleged to have engaged in sexual conduct with a 16-year-old girl.

Police allege Vangundy communicated with the girls through a social media website.

Mesa police reported Vangundy met the girls online and housed them in his apartment. He provided them with phones and taught them how to set up online profiles to meet unknown men for sex. Police said Vangundy took a portion of the money they made from sex acts.