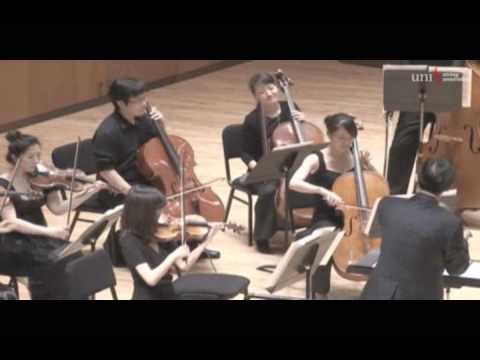 In 2004, a small group of young and passionate amateur musicians gathered together to organize a chamber string orchestra, named “Uni String Ensemble” (USE) based in Seoul, Korea. This unique ensemble brings together distinguished amateur musicians from various different professions: entrepreneurs, doctors, professors, artists, engineers and students that are all highly committed to its goal of performing concerts of the highest artistic level among the amateur music society.
After its successful concert debut in 2005 at the Seoul Ceramic Palace Hall, USE has continued to extend its repertoire from baroque to modern works through its regular concerts, in addition to various collaborations with uprising young professional musicians.
USE has been participating in numerous charity concerts to fulfill also its mission of making cultural and social contributions and expanding lives of audiences with limited access to arts, through the beauty of music.