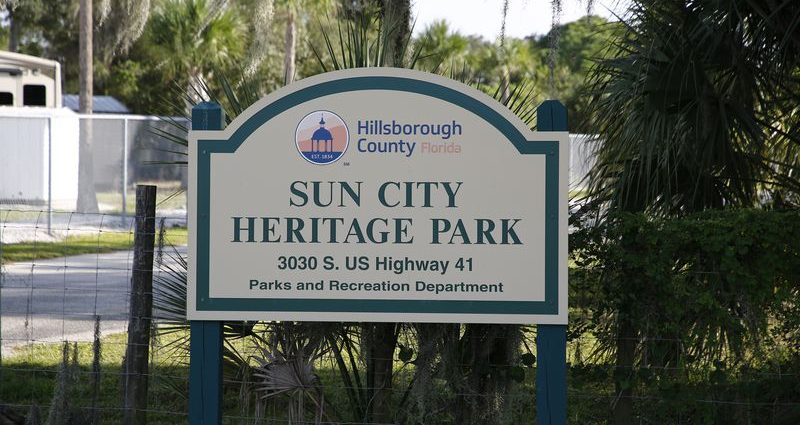 Hillsborough Sheriff Chad Chronister announced the September arrests of 11 men with a series of sound bites delivered via YouTube.

“These vile acts by these men took place in a park, the same place where our children play,” said Chronister, who’s running for re-election. Then in another snippet: “These men made these parks their personal playground for their deviant behavior. It will not be tolerated.”

But these men weren’t accused of high-level felonies. They faced low-level misdemeanors on par with trespassing.

Each of them, according to arrest reports, had gone to a local park and struck up a conversation with another man on a trail or in a parking lot. Eventually, deputies alleged, both men would agree to have sex. One man turned out to be an undercover deputy. The other went to jail.

The undercover sting dubbed “Operation Park Cleanup” did not target anyone attempting to pay for sex. The men are not accused of human trafficking, or forcing themselves on anyone, or crimes involving children.

The arrests and the sheriff’s words left experts and LGBTQ advocates wondering: Would undercover deputies have arrested a man and woman for meeting in public and agreeing to have sex? Would this have happened in another public setting — in the parking lot of a nightclub, or on the beach at night?

Nadine Smith, the executive director of LGBTQ civil rights organization Equality Florida, called the operations “some sort of time warp” and a waste of taxpayer money.

She wouldn’t want to stumble across people having sex in public, but she said it seems like a double standard is at work here. Was the Sheriff’s Office criminalizing gay sex?

“People rendezvousing in public places is so common a theme that everyone knows what Lover’s Lane is, Lookout Point and similar places,” she said. “If police run across a couple of spring breakers having sex in the dunes, they’re more likely to tell them to go home and get a room, not arrest them and humiliate them by putting their mugshots out in the public.”

That’s what the Hillsborough County Sheriff’s Office did in this case on Sept. 18, sending the names and mugshots of all 11 men, ages 37 to 76, to local news outlets and its hundreds of thousands of social media followers. The men were exposed to public ridicule, harassment, even threats — and potentially outed to family, friends and coworkers.

Sheriff’s spokeswoman Crystal Clark defended the operation as way of protecting children and said accusations that the sting was prejudiced against gay men “are absurd, and quite frankly, offensive.”

But a county spokesman said the parks and recreation department had received no recent complaints about such incidents in the two parks targeted by “Operation Park Cleanup”: Sun City Heritage Park in Ruskin and Sydney Dover Conservation Park in Dover. The Sheriff’s Office said it hadn’t received any recent complaints, either.

The men arrested in these stings typically face a charge of entering or remaining in a place for the purpose of prostitution, lewdness or assignation.

Despite its name, that charge doesn’t always involve prostitution, nor is it a sex crime that would require those convicted to register as sex offenders. In plain English, it means going to a place with the intent of having public sex or patronizing sex workers. The first offense is a second degree misdemeanor. The maximum punishment is up to 60 days in jail and a $500 fine.

In Hillsborough County, those cases rarely get that far. Of the more than 30 men arrested in these stings since 2017, only two have been convicted on that charge, and two more on related charges stemming from the stings, according to a Tampa Bay Times review of court records. Some cases are still ongoing, while many others ended with prosecutors dropping the charges or agreeing to end the case in exchange for defendants completing a pretrial intervention program.

The park stings have constituted most of the agency’s entering-and-remaining arrests in recent years. Seven others were men accused of exposing themselves or having sex in an adult bookstore, two men were accused of answering an ad for a female sex worker set up by detectives and a woman was accused of prostitution.

Amarosa, the defense attorney, said all of his clients had been approached by undercover deputies, not the other way around, which felt like a potential overstep.

“It’s almost like the police take that position, that they know they are going to be able to get a fish on the hook,” he said.

Jillian Snider, an adjunct lecturer at the John Jay College of Criminal Justice, said Florida’s law seems too broad. Snider, a former New York Police Department officer, used to work undercover prostitution operations. To her, it appears that the Sheriff’s Office is targeting certain locations, regardless of who’s having sex there, rather than gay men.

But it concerns her that these operations were conducted without any complaints from the public. And she noted that these men weren’t arrested for having sex in public — they were arrested for agreeing to have sex that never happened, and how could they have predicted whether anyone would have seen them?

There’s also no guarantee that they would have sought sex in the first place had they not run into the undercover deputies.

“Honestly, how can I predict what you’re going to do?” she said. “I don’t know if you’re actually going out there to have sex.”

It has been more than six decades since Florida’s infamous Johns Committee targeted Black people, communists and gay men in a McCarthyite assault on the civil rights movement from 1956-65. It cost more than 100 academics their jobs and careers at the state’s public universities.

Related: Perspective: The Johns Committee and its infamy

The criminalization of sex between men reached its peak across the U.S. around the same time, said Timothy Stewart-Winter, a historian of sexuality, gender and modern U.S. politics at Rutgers University-Newark. Having officers go undercover to target cruising — in which men pick each other up for sex in public — was a major aspect of those anti-gay efforts, including those by the Johns Committee.

Stings and raids targeting the LGBTQ community declined in the late 20th century, Stewart-Winter said — in particular, police stopped raiding gay bars in the face of public criticism. Cruising stings became less common, too, he said, but they’ve persisted into the 21st century.

“The police harassment is less systematic,” he said in an email, “but it never really went away.”

Many Tampa Bay news outlets repackaged the Sheriff’s Office’s press releases as news stories, both last month and after a similar sting in 2017. And when an agency has a robust social media following, as Hillsborough does, it can spread mugshots widely even without the help of news. The Sheriff’s Office’s Facebook post about “Operation Park Cleanup” got more than 600 likes and 400 shares in the two weeks after it went up; it may well have reached tens of thousands of people.

Hundreds commented. A few said they’d seen or heard about people having sex at the parks and thanked the Sheriff’s Office. Many brought hate and threats of violence: One said he knew one defendant’s wife and hoped she would leave him; another said the men should be shot.

Stewart-Winter said the Hillsborough cases were the first time he’d seen a law enforcement agency use a combination of traditional media exposure and social media to publicize such arrests.

“Some of the bells and whistles here seem pretty questionable, like the inclusion of the sheriff’s name as a hashtag in the (Facebook post), and the YouTube-convenient brief video clips of him saying ‘vile,’ ‘deviant,’ ‘our children,’ and ‘on my watch,’” Stewart-Winter said. “It sure looks like the goal was to spread his image and name by going after people who are unpopular but haven’t done any harm to others.”

Clark, the sheriff’s spokeswoman, emphasized that the goal of the operation was to protect children: “Public sex, regardless of one’s sexuality, is illegal, and in the eyes of parents who must explain that behavior to their children who are exposed, it is vile. This operation was publicized to make it clear that parks are not intended for sex.”

She also noted that the agency has “deputies serving as LGBTQ liaisons and the most diverse workforce in the 175-year history of the Sheriff’s Office.”

During the mid-century heyday of anti-gay policing, Stewart-Winter said, teachers and professors arrested in these stings were often singled out for particularly harsh public shaming, due to the myth that gay men pose a particular threat to children.

He said Chronister’s focus on the safety of children furthers that false and pernicious stereotype. Neither of the parks targeted in “Operation Park Cleanup” has playgrounds.

Smith said she saw the sheriff’s language as fueling prejudice against gay men.

“I can only assume it’s an election year stunt,” she said, “and it reflects poorly on both his judgement and his character.”