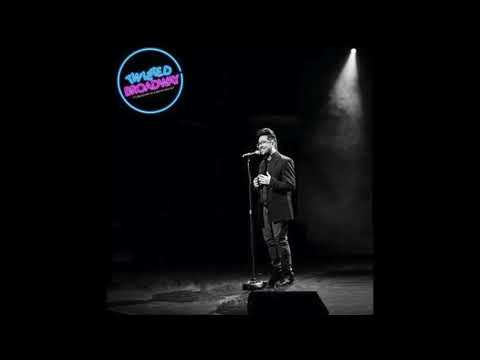 I uploaded this last week on my IG for National Pain Week. The theme this year was ‘Faces of Pain’ which is a video series from a number of different Australians living with various chronic pain conditions, sharing personal insights and challenges with the aim to help reduce the stigma and misconceptions about living with persistent pain. Here is one page of mine:

This recording (audio no footage) was sent to me by my friend Sherry who pocket recorded my performance at the charity benefit ‘Twisted Broadway’ in 2012. Twisted Broadway was a brilliant event raising money for ‘Oz Showbiz Cares/Equity fights AIDS’ a charity of which I’m a board member and have worked closely with for 16 years.

When I was approached to perform I knew I wanted to sing my ‘Home’ medley which was intended for my ‘The Gospel of theatre’ album I was recording at the time working with Michael Dench, who is on piano with me on the recording. What I didn’t know in the lead up to the concert was how unwell I’d be.

I was incredibly sick the night of the concert, my immune system was shot and I was on a new drug trial that zapped all of my energy and caused significant brain fog. It was back in the days where I’d push myself instead of taking my health into account and tracking/managing my symptoms.

I’ve been on endless drug trials and cocktails over the years, weaning off one set of meds and transitioning to others with some horrific and hilarious side effects. This always proved scary whilst trying to maintain an active lifestyle, and totally unpredictable when it came to performing.

I took prednisone that week which I really need to stress to singers is NOT a good idea when you have respiratory tract issues… it actually makes you more likely to contract infections and that was certainly what was happening to me. I was coughing so much it burned and could feel so much air pushing out when I tried to sing or talk.

The day of the concert came around and I basically didn’t make a noise all day. I checked my voice a few hours prior and sound came out and I thought “that’ll do” singers know that once adrenalin kicks in it somehow just kinda works. It was one hell battle to belt this song out, turns out lungs were full of fluid at the time which explains why phrasing was so difficult and I was fighting for every breath. But I got through… Some weird phrasing, bung notes and some comical over compensating for not being able to perform the way I wanted to (big giggle at the high notes and lyric fumbles – can laugh now, but at the time was mortified).

I look back and just shake my head. The stakes were not high, I could have easily not performed. Hell, I’ve turned down a lot of really amazing and arguably important work since, that would have been beaten up about had I turned it down in my early years of performing. I just didn’t know any other way, but I did though… I had already stopped performing in shows (my last one was in 2009) & had left my agent/management and was determined to forge a new path in music and leave acting and dancing behind as I knew I couldn’t do 8 shows a week anymore. I knew I still wanted to be creative and was in a weird spot where I still had one foot in the theatre door and was directing shows, events and charity concerts and still getting up to belt something out when asked. This night changed that for me. I started prioritising myself and listening to my body more.

You learn to live with the pain and develop coping mechanisms as you go. People who know me become desensitised to this… I am currently very functional, but it all comes at a cost and big activities lead to longer recovery times and ultimately more suffering. It is easy to identify with people in acute pain. The immediate kind when someone is hurt or hurts themselves, has a car accident or breaks a limb, they get get well cards and sympathy that is understood and comforting and immediate. This isn’t me saying I want or need that, but I do realise how desensitised people are to the burden of living life in more pain than most people would put up with. On an average day the pain level getting out of bed, would stop someone else from doing anything. But I, and many others, with invisible conditions, get up and go about their lives at varying levels of success and I applaud them for every single little thing they do. My spoonies, use your spoons well and please look after yourselves.

If anyone has any questions about chronic pain or my experience and how I’ve managed to maintain a lifestyle & still do what I love, please reach out. I may not be the best person to talk to, but can recommend resources that have helped me along the way. Everyone’s journey is very different, but I’ve got a great ear for listening and am the embodiment of a work in progress. I also have an acute awareness of how heavily incurable and invisible conditions weigh on one’s mental state and have a bunch of resources for that also.