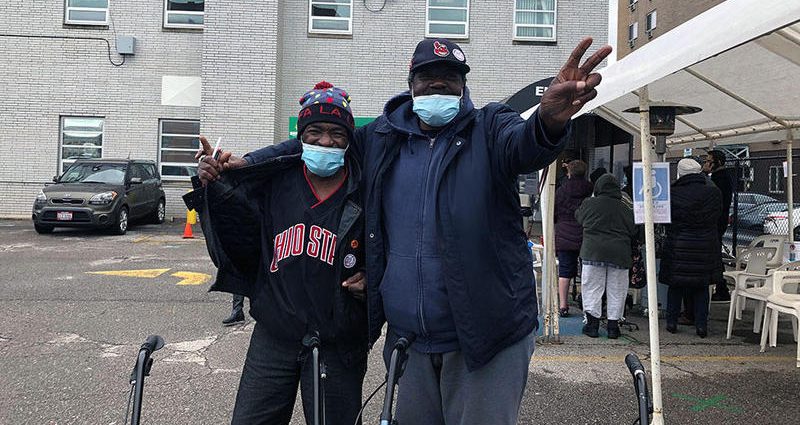 Some absentee ballots requested by members of Cleveland’s homeless community have not been received despite being listed as sent out, the Northeast Ohio Coalition for the Homeless (NEOCH) said Monday.

About 150 people registered through NEOCH’s September voter drives, according to spokesperson Molly Martin. The organization has tried to track who on the list requested an absentee ballot, as well as whether they received it.

Some of those ballots haven’t yet made it to the voters, she said.

“It’s hard to say how many specifically,” Martin said. “There’s always a chance the [motel] mailroom got the ballot and the person picked it up.”

Martin has spoken with about 10 people whose ballots never arrived, she said. One of those voters is James Harrison, who registered to vote for the first time through a NEOCH event.

Harrison’s ballot was mailed out October 12, he said, but he never received it.

“I never got it,” Harrison said. “I don’t know if it came through the mail here or what.”

Instead, Harrison said he made it to the Cuyahoga County Board of Elections to vote in person Friday, with NEOCH’s help. Harrison uses a walker and has a disability that makes it difficult to write, he said, but his in-person voting process was smooth. A shout-out even erupted for him.

“Since they found out I was a first-time voter, they just went to hollering and yelling and that kind of thing,” Harrison said.

Harrison’s roommate in the temporary housing motel, Robert Hatchett, rode with him to the election board to vote. Hatchett had requested an absentee ballot to be delivered to his former address, but is not sure it arrived after he entered the shelter.

“I didn’t think I was going to be able to vote, but we had some good friends that helped us to do it,” Hatchett said.

Hatchett has voted in every election for years, he said, and was relieved to find there was still a method to participate after becoming homeless.

“I was so pleased that I was actually able to vote,” he said.

With Ohio mail-in ballots required to be postmarked November 2 to be counted, NEOCH is shifting its messaging to encourage voters to get to the polls in person if at all possible, Martin said, including partnering with initiatives like Voter Drive Cleveland to connect homeless voters with transportation.

“Because there’s obviously been some uncertainty in anticipating the ballot in the mail and whether or not they could return it in time,” she said. “Even beyond those folks who had registered or requested absentee ballots, we have really advertised the fact that early voting transportation is available for anyone there who wanted to go and vote.”