Homeless people sleeping ‘in tents’ on riverside in Limerick 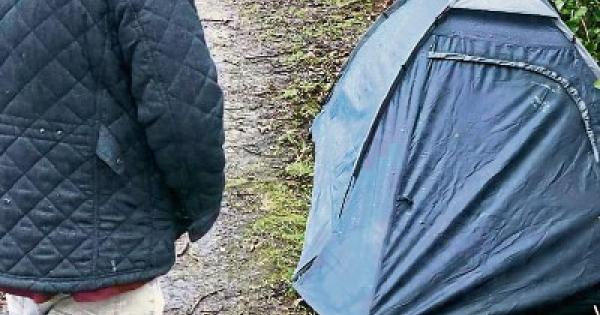 A NUMBER of people are sleeping rough in tents just outside the city centre, it has emerged.

Makeshift tents have been erected in the woodland beside the Condell Road.

On a visit to the area, the Limerick Leader discovered 10 tents on a stretch of the road.

Homelessness charity Novas has described it as a “sad and distressing” site, while councillor John Costelloe said it’s a “tragic reminder” that “some are in the reality of being only one pay-cheque away from being homeless.”

She said this again highlights the need to provide additional one and two-bed accommodation for people who cannot access emergency beds.

This all comes against the backdrop of the death of an elderly man who was sleeping rough in the city centre.

A garda investigation is continuing after the discovery of the man – who was in his 70s and believed to have been from Poland originally – in Limerick Lane.  The discovery took place just over a week ago on January 22.

A council spokesperson said the authority has delivered additional emergency beds during the Covid-19 pandemic.

Authority staff have also engaged with people occupying the tents in the Condell Road, and offered the same type of accommodation.

“Unfortunately, not all those who are offered emergency accommodation choose to avail of it which is a personal choice and not something that the council will force on anyone,” the spokesperson added.

It has also emerged the local authority has spent €3.4m over the past two years paying local hotels to provide beds to those considered homeless.

The information came to light following a question from Cllr Costelloe.

He said this is particularly difficult for families with children.

”Many of these hotels have no cooking facilities, poor ventilation and no playing facilities for children. Rearing a young family in such surrounds could have a long-term effect on some children’s mental health,” he added.

2021-01-31
Previous Post: A Chester man coerced a teen into a sexual relationship, then blackmailed her when she ended it, DA says – The Philadelphia Inquirer
Next Post: Evil in paradise | CBC News