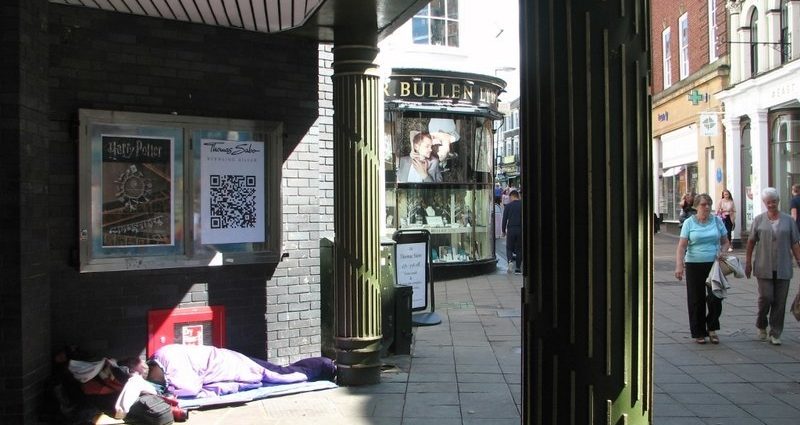 A homeless person with links to Kingston took his own life in Chiswick on Thursday (November 19), just days after a homeless man died on the streets of the town itself.

The man was known to authorities and homelessness groups in the borough who made contact with him earlier this month.

He had registered with the prominent charity Kingston Churches Action on Homelessness (KCAH), who support rough sleepers in the borough.

Kingston Council (RBK) said that he was in regular contact with authorities in the days leading up to his death.

“I am sad to say that we have received a report of the death of another rough sleeper.

“Contact was made with a man by SPEAR in early November 2020 when he was first seen sleeping rough and registered with Kingston Churches Action on Homelessness at the same time.

“He had been seen during recent outreach visits and had been in regular contact with our homelessness charities.

“It is understood that he tragically took his own life in Chiswick yesterday (November 19).

Tackling the many causes of homelessness remains a priority for the Council.

“We are determined to do all that we can to get people into safe and secure accommodation and to support them to rebuild their lives.”

The news comes just days after the death of another man experiencing homelessness in the borough.

As the Surrey Comet reported earlier this month, a man sadly died while out on the street in Kingston on the morning of Wednesday, November 11.

KCAH coordinated with Kingston Council (RBK) since March to lift dozens of people off the streets and into accommodation.

However, the government rolled back its ‘Everyone In’ policy introduced during the previous coronavirus lockdown that successfully helped such schemes house homeless people in empty accommodation such as hotels.

Charities are now urging the government to reintroduce the scheme.

One report published last week found that tens of thousands of people had been made homeless in the UK as a result of the coronavirus pandemic, despite a temporary ban on evictions.

According to the Office of National Statistics, in 2018 there were an estimated 726 deaths of homeless people in England and Wales, 129 (22 per cent) more deaths than in 2017 when there were 597 estimated deaths.