Homeless population up 62 per cent in Nipissing District: DNSSAB 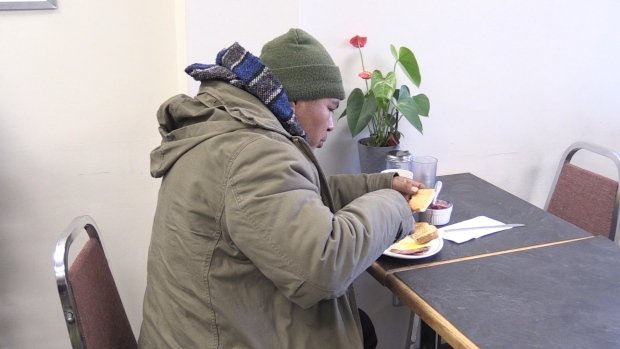 NORTH BAY —
The homeless population in the District of Nipissing has increased by over 60 per cent.

This information was revealed by the District of Nipissing Social Services Administration Board (DNSSAB)’s new one-day survey in March called “Everyone Counts.”

The board says it counted 293 people in North Bay, Mattawa and West Nipissing that are without a warm place to stay.

The board surveyed 254 people and found 57 per cent of the homeless face mental health issues, while 74 per cent deal with substance abuse challenges.

“DNSSAB can only do so much with respect to the problem,” said City Councillor Mark King, who serves as the board’s chair.

“Over the last six months, we never had a low-barrier shelter in the City of North Bay.”

King says the city has taken drastic measures to try and curb the rising problem.

“The count was done before the low-barrier shelter was open,” explained King.

“We think we probably affected some of the homeless situation by doing that.”

According to the survey, the top two reasons for housing loss stem from addictions or substance use and incarceration.

At HOPE’s Heroes, a downtown outreach hub and kitchen, volunteers and staff tirelessly provide food and warm clothes for the city’s homeless population.

It’s no surprise to co-owner Chris Brown that a massive spike has been recorded.

“We’re now open 24 hours and we’ve seen the big increase at night especially at 1 and 2 AM in the morning,” said Brown.

The hub sees up to 70 people each day looking for food or a place to get out of the cold.

HOPE’s Heroes will be re-locating to a bigger space to meet the demand.

“It’s somewhere where they can get warmed up.”

The survey included and West Nipissing and Mattawa.

Among the 293 people counted/surveyed, the following homelessness categories included:

Of 254 individuals who completed the survey, the demographic background of participants included:

Brown says these stats are very troubling and that help is needed now more than ever. He’s hoping for clothing and food donations, which can be dropped at the space at the corner of McIntyre St. and Ferguson St.

“I believe the city is going to pull up its pants now that they know the issue is here and work hard and see if they can resolve it,” said Brown.

Nipissing was one of the few districts able to complete the homeless count before the forced cancellation due to the COVID-19 pandemic.

2020-11-01
Previous Post: Delaware school serves more than a million meals in pandemic
Next Post: The great divergence: U.S. COVID-19 economy has delivered luxury houses for some, evictions for others