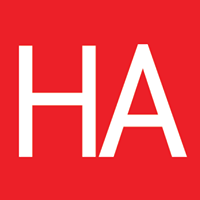 GrantWatch on the Blog

New GrantWatch content appears on Health Affairs Blog under Featured Topics. To receive updates, sign up for Health Affairs Today at www.healthaffairs.org under Newsletter Sign Up.

“Homelessness worsens existing health problems, causes new ones, [and] makes them harder to treat,” says a June 2020 infographic from the National Institute for Health Care Management (NIHCM) Foundation, which cites research from the National Health Care for the Homeless Council (NHCHC). Titled “The State of Homelessness in the US,” the graphic also notes that “poor health can lead to [the] inability to afford adequate housing.”

In January 2020 the Department of Housing and Urban Development released its 2019 Annual Homeless Assessment Report to Congress. Homelessness in the US (it is measured each year on a single night in January) increased by 14,885 people since 2018, according to a press release. The 2019 total was 567,715 homeless people. Homelessness among families with children declined 4.8 percent and among veterans, 2.1 percent, though.

The coronavirus disease 2019 (COVID-19) pandemic has made matters even worse. Bobby Watts, NHCHC CEO, explained at a June 2020 NIHCM webinar that if one is experiencing homelessness during COVID-19, it is difficult in a congregate setting to practice social distancing.

In September 2020 Centers for Disease Control and Prevention (CDC) Director Robert Redfield signed an Agency Order calling for a “Temporary Halt in Residential Evictions to Prevent the Further Spread of COVID-19,” says the Federal Register. Those affected must fill out a Declaration form on which they ascertain, “under penalty of perjury,” that several conditions, including income requirements, are met. The order goes through December 31, 2020, and “does not relieve” anyone from paying rent or making a housing payment. Although the National Low Income Housing Coalition said in a September 2020 press release that the moratorium was “long overdue,” it commented that this “is a half-measure that extends a financial cliff for renters to fall off of when the moratorium expires and back rent is owed.”

In May 2020 Health Affairs Blog published “Protecting the Hidden Homeless during COVID-19 and Beyond” by David Velasquez and coauthors. They mention that “little has been done” for people living in “temporary living facilities,” such as sober living houses and motels. The authors urge states to provide legislative protections for such residents in these “precarious living situations.”

Following is a small sample of foundations’ efforts to eliminate housing instability.

In May 2020 the California Health Care Foundation (CHCF) announced a new focus area on homelessness and health care. COVID-19 “has accelerated the need for solutions to the health care challenges for the more than 150,000 Californians who experience homelessness on a daily basis,” according to an e-alert. CHCF’s work “centers on improving the delivery of integrated health and social services” to this population. The goal is to promote responsive and person-centered care and to comprehensively address their “emotional, physical, psychological, and social needs.” Michelle Schneidermann of CHCF notes in her April 2020 CHCF Blog post, “Heading Off a COVID-19 Disaster for Californians Experiencing Homelessness,” that University of California Los Angeles researchers have projected that as many as 1,200 of the state’s homeless residents could die from COVID-19. She explains that over the next year CHCF aims to “learn more about how health systems identify homeless people” and how such “systems share data with county and nonprofit homeless service providers to better coordinate care and services.” CHCF has awarded funding to Homebase: The Center for Common Concerns, a national nonprofit “dedicated to building community capacity to prevent and end homelessness,” according to its website. The grant is for a paper on data exchange between health care and homeless services providers.

CHCF also awarded a total of $250,000 in funding to the Center for Health Care Strategies (CHCS), in part to launch a one-year “learning community” that brings together stakeholders in California “to learn from peers and experts across the nation about innovative approaches” for improving “health services for homeless populations,” the funder’s website says. In August 2020 the CHCS and the National Institute for Medical Respite Care coordinated a webinar titled “Providing Medical Respite for People Experiencing Homelessness during COVID-19.” Such care is for people “who are not sick enough to stay in the hospital, but are too sick to return to a shelter or the streets.”

After the pandemic hit the state, the Colorado Health Foundation (CHF) organized bimonthly calls with homeless services providers and others, including the City of Denver and the Denver Foundation, “to better understand” housing needs and how to direct funding. Since COVID-19 started in Colorado, the CHF has awarded “$2,440,000 to create shelter and housing options for [Coloradoans] experiencing homelessness and to support eviction prevention efforts,” according to Amy S. Duggan of the CHF. Affordable housing is a priority under the CHF’s Strengthen Community Health focus area.

In 2019 the New York State Health Foundation (NYSHealth) awarded a $125,500 grant to Care For the Homeless to implement OpenNotes at six federally qualified health centers serving families and children. OpenNotes gives “patients access to the visit notes written by their doctors, nurses, or other clinicians” so as to achieve “the goal of consumers being active participants in their own care,” NYSHealth said.

“The threat of homelessness is a significant reason for why [domestic violence] survivors stay in abusive relationships,” says an August 2020 Blue Shield of California Foundation (BSCF) newsletter. Domestic violence prevention is a BSCF funding priority. In 2019 it “funded a statewide evaluation” of nineteen of the thirty-three groups (in California) that implemented the federally funded Domestic Violence Housing First program’s model, which “prioritizes housing stability as the first step toward empowering survivors and their families to regain control of their lives and begin healing.” Fifty-eight percent of survivors in the study “were able to use flexible financial assistance to prevent homelessness,” BSCF reports. Expanding the model across the state would help more people “leave abusive relationships, provide housing stability for more families,” and help address the state’s homelessness crisis.

Susan K. Thomas, who became president of the Melville Charitable Trust in January 2020, wrote “Housing Is Healthcare and Connecticut Needs More of It,” an August 2020 opinion piece for the Connecticut Mirror, a nonpartisan and digital-only publication. She says, for example, that “maintaining social distance [during COVID-19] is no more than a notion if you live in a communal shelter,” and “you cannot expect kids to be successful students when they do not have a safe place to sleep.” Thomas advocates that “any new COVID-19 relief package must include comprehensive support for housing AND [those already experiencing] homelessness.” The Melville Trust is “the largest foundation in the U.S. exclusively devoted to ending homelessness,” according to its website. It funds in Connecticut and nationally.

In February 2020 Brian Byrd of NYSHealth wrote “The Emerging Crisis of Aged Homelessness: What Can Be Done to Help?” for the GrantWatch section of Health Affairs Blog. The post focused on a “groundbreaking study” by University of Pennsylvania researchers that was funded by NYSHealth. The researchers found that “New York City is in the midst of an emerging crisis of elderly homelessness,” Byrd says.

The Conrad N. Hilton Foundation has advanced “compassionate and cost-effective solutions to [chronic] homelessness” in Los Angeles County—“primarily by advancing the permanent supportive housing model since 1990,” according to its website. The Hilton Foundation has invested more than $140 million in this program since 1990—and most of that money was awarded since 2010, a foundation spokesperson told Health Affairs. The Polk Bros. Foundation, which funds in Chicago, Illinois, has made grants at the intersection of health and housing, including through the Youth Homeless Innovation Fund, in partnership with Crown Family Philanthropies.

Health and Housing is among Michael Reese Health Trust’s focus areas. The trust, which also focuses on the Chicago area, does not accept unsolicited proposals. It notes, “Systematic data gathering and sharing—among healthcare providers and between the health and housing sectors—is the first step to better treatment, lower costs, and improved health for those experiencing chronic homelessness.” The Sisters of Charity Foundation of Cleveland “has made ending homelessness in Northeast Ohio a priority since 1998,” according to a March 2020 post on its blog. For example, its Housing First initiative “has been highly successful at greatly decreasing the rate of chronic homelessness.” Others awarding grants to prevent homelessness include the Boston Foundation, in Massachusetts; the New York Community Trust, which funds in the New York City area; and the Bob and Renee Parsons Foundation, which mainly focuses on Arizona.

In September 2020 Kansas Health Foundation (KHF) president and CEO Reggie Robinson passed away after a recent illness, according to a press release. He had only been at the KHF since December 1, 2019. “Through his calm leadership, [he] helped guide and direct KHF’s COVID-19 response of more than $16 million,” said Matt Allen, KHF board chair, in the release.

The Kresge Foundation has named Monica Valdes Lupi as managing director of its Health Program, according to a September 2020 press release. Most recently she was senior fellow at the de Beaumont Foundation.

In April 2020 Chris Wiant, founding president and CEO of Caring for Colorado Foundation, retired after nearly twenty years there. Linda R. Reiner, Wiant’s colleague for nineteen years at the foundation, became president and CEO April 1, 2020. She was promoted from her position as executive vice president.

2020-11-02
Previous Post: Baton Rouge Homeless Man Worked as a Nurse for 20 Years
Next Post: Ask an Expert: What is COVID-19’s impact on the homelessness crisis? | Vanderbilt News