Human Trafficking and Exploitation the Subject of Address at Pearl Center 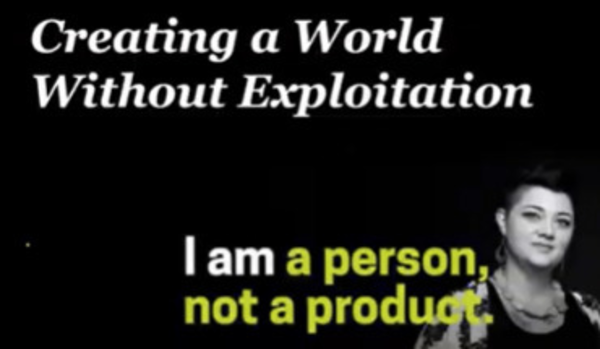 EAST BRUNSWICK, NJ – Lauren Hersh, a former prosecutor and current advocate for the abolishment of sex trafficking, gave a thoroughly informative presentation about the plight of men, women, and children in the sex trafficking industry on Tuesday, November 10th at the Daniel Pearl Education Center in East Brunswick. As heartbreaking as the stories she shared were, Hersh succeeded in educating listeners and inspiring them to act to end the atrocities that so many victims experience.

Hersh’s passion about the issue of sex trafficking began when she was a prosecutor in Brooklyn, and her main focus eventually became aiding victims and holding perpetrators accountable. World Without Exploitation, her nonprofit organization focused on “creating a world where no person is bought, sold, or exploited”, according to their website, has succeeded in educating countless people about the dangers and warning signs of trafficking.

According to Hersh, education is one of the most crucial aspects in preventing trafficking, and it was a significant portion of her presentation. She explained, it is often “taboo” because people are uncomfortable talking about the subject. However, discussion, no matter how uncomfortable, is essential in protecting potential victims, especially teenagers and young adults.

You have successfully signed up for the TAPinto East Brunswick Newsletter.

One story Hersh shared is an especially good example of just how crucial education is. A few young girls received messages on instagram from someone who, when investigated by the FBI, turned out to be part of a sex trafficking ring. The girls admitted that if Hersh hadn’t given a presentation to their school in the days leading up to the message, they most likely would have become victims.

Though in this instance the people being affected were young students, Hersh explained that children “aren’t the only people being affected”, and that there should be more legislation protecting and rehabilitating adult victims. Due to the fact that victims are often part of marginalized groups, such as people of color or the LGBTQ community, or the poor, when they are liberated from their traffickers they often have no place to go. Rather than sleeping on the streets, many victims, unfortunately, return to their traffickers. If more resources were provided to help victims improve their lives, this issue could be alleviated.

The lack of discussion on this topic, as well as the inadequate protection, is the result of both the demographics of victims and the traffickers that are often prosecuted. Hersh explained how many traffickers are powerful, rich, white men who often have a significant influence on potential whistleblowers, as well as judges or their local legal system.

Despite this imbalance of power, in recent years,  justice system reform and the normalization of discussions regarding sex trafficking have helped make significant strides in the prosecution of perpetrators, Hersh explained. As famous, privileged perpetrators such as Jeffrey Epstein and Harvey Weinstein were finally apprehended, the precedent was set that deviant behavior would no longer be tolerated.

This new recognition, as well as victim advocates like Lauren Hersh, is succeeding in preventing many instances of trafficking, and is ensuring a brighter future for everyone.