Human Trafficking Doesn’t Stop, Even During A Pandemic. These Groups Are Meeting The Challenge. 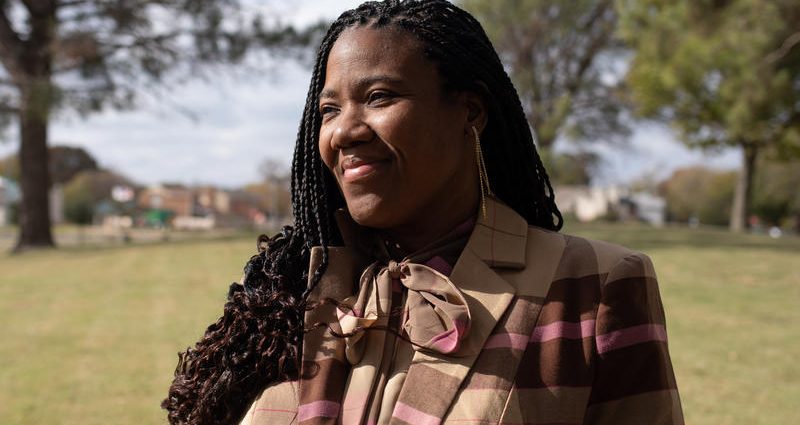 “I’m actually on a rescue right now,” she said with a laugh. “I’m sitting in the car.”

She’s the founder of It’s Going to Be Okay. It’s a Dallas-based nonprofit that helps human trafficking survivors.

“I do active rescues, I house victims of human trafficking in our safe locations, and give them all the necessities that they need,” she said

Stafford’s group has had to adjust to COVID-19. She said people are reaching out for help via Facebook, Instagram and Twitter. She’s also noticed more people being exploited online. And, as a result, her organization has had to adapt.

While Stafford’s organization works to help survivors of human trafficking, others are focused more on the demand.

Caroline Roberts is a staff attorney with the advocacy group Children At Risk. She says research from a few years ago indicates that potential victims of sex trafficking are arrested at much higher rates than the buyers themselves. She wants to see more buyers apprehended instead.

“Unfortunately human trafficking is part of an economy that is just like any other economy, any other industry, in that without that demand the industry would collapse,” Roberts said.

Her agency’s anti-trafficking efforts include using chatbots and scraping data from online sex advertisements. One of their main programs is called Cease Texas, which gathers data on the number of ads in different cities and data on responses to those ads.

Roberts said when stay-at-home orders began in March in North Texas, her group noticed an initial dip in responses to sex ads. But, they picked back up over the following months.

Children at Risk has also noticed ad responses that mention financial vulnerabilities that have been caused by or amplified by the pandemic.

“(These ads are) offering to pay bills, also more and more references to being economically vulnerable, homelessness, etc,” Roberts said. The most vulnerable segment of the population is being disproportionately effected by this virus, and that is magnified within human trafficking.”

New Friends New Life is a Dallas-based nonprofit that helps formerly trafficked women and girls. Bianca Jackson is interim CEO and says many people served by her organization are also struggling financially.

“As soon as the shutdown happened in March here in Dallas immediately within that first week 23 of our women lost their jobs or had their hours reduced or could no longer go to work, and so the impacts on them financially was swift and severe,” Jackson said. “Not to mention the trauma that’s now piled on top of the trauma that they were already experiencing.”

Jackson said her group will continue providing support to survivors during the pandemic.

“(We’re) making sure that they had their basic needs met and remained a pillar of stability in their lives amid all of the changes that were happening,” she said.

Advocates say this stability is necessary to keep survivors out of human trafficking.

Stafford, with It’s Going to Be Okay, is herself a survivor.

“I was sold at the age of 13 by my mom for drugs in South Dallas. The man that bought me kept me for 10 years,” she said. “It’s Going to Be Okay was truly birthed out of my story. I just began to tell people about human trafficking.”

Along with showing up to rescues, and providing housing, It’s Going to be Okay also provides trauma informed care and health coverage, but the organization’s ability to offer these services is dependent on funding — and the pandemic is making fundraising much more difficult.

“It’s a one day at a time thing, day by day, minute by minute, second by second, we are surviving,” Stafford said.

And she said it’s important to be there for survivors of human trafficking — especially now.

Got a tip? Email Galilee Abdullah at Gabdullah@KERA.org.

KERA News is made possible through the generosity of our members. If you find this reporting valuable, consider making a tax-deductible gift today. Thank you.

2020-12-01
Previous Post: Embrace Church and their unique approach to giving back
Next Post: Police Professional | Women continue to be exploited by trafficking gangs despite Covid-19 restrictions