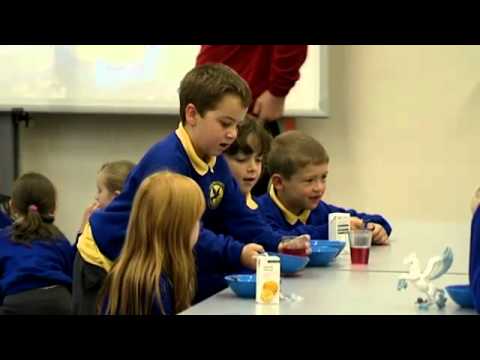 Although breakfast is arguably the most important meal of the day, more and more pupils are coming into school hungry as the recession, unemployment and benefit cuts take hold. Teachers have been forced to take the problem into their own hands with nearly a third admitting to bringing in food for the pupils who have missed out on breakfast. In addition, the food charity FareShare has revealed that more schools than ever are relying on them to feed hungry children at breakfast time –an increase of 57% in the last year.

The average breakfast club costs just £4,000 to run per year, however cuts to school budgets are leaving a financial gap which many are struggling to fill. At least 77 breakfast clubs nationally are now reliant on rely on food banks to keep their daily breakfast clubs going as budget cuts have forced hundreds to close.

The Royal College of GPs, the National Association of Head Teachers, the Royal College of Paediatrics and Child Health have recently called on the government to provide free breakfasts to children in receipt of free school meals. They believe that doing so would help to reduce the health problems linked with poverty and improve academic achievement.

In response to this Kellogg’s is launching a nationwide campaign to ‘Help give a child a breakfast’ which aims to raise £300,000 which will be donated to schools to help provide breakfast for the children that need it most. In addition, Kellogg’s is committing to provide three million breakfasts through food banks like FareShare over the next three years to support the most vulnerable people in the community.

Watch our video to find out how you can be involved in helping to ‘give a child a breakfast’….