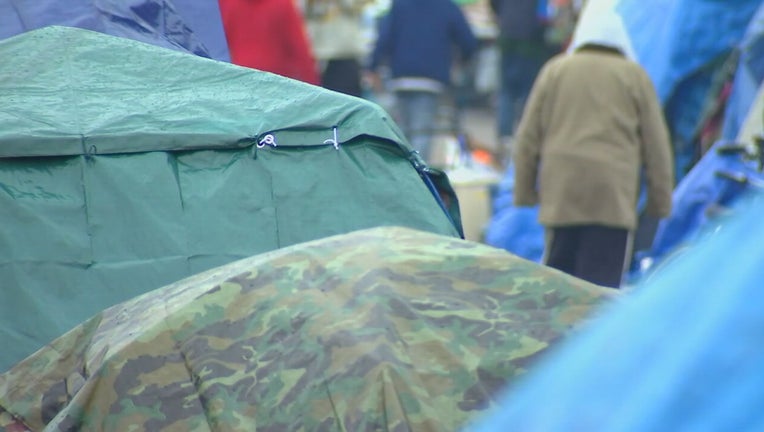 Even in the freezing cold, advocates say there are higher than normal numbers of people experiencing homelessness living in encampments in the Twin Cities. (FOX 9)

(FOX 9) – With temperatures hovering around zero degrees this week in Minnesota, it’s a particularly dangerous time for people without a home.

And this year, organizations working with those experiencing homelessness say they are seeing an unprecedented number of people choosing to stay outside during the cold.

With temperatures hovering around zero degrees this week in Minnesota, it’s a particularly dangerous time for people without a home.

“Normally during this time of year in the winter, we have a few dozen people that are homeless that are living outside but this year we’re up to 300 at one point,” said Nick Gisi with Union Gospel Mission Twin Cities.

Gisi says many people experiencing homelessness feel safer outside because shelters are too crowded.

“They’re perceiving that living in a shelter in more communal living is not safe so they rather spend the time outside,” said Gisi.

With job loss as a result of the pandemic, shelters are seeing more people who never asked for help requesting assistance.

“Twenty percent of the people that we’ve housed historically are seniors and that number is just increasing because as our population ages, so do the people experiencing homelessness,” said Harbor Light Center Executive Director Trish Thacker.

Prince says city leaders have pushed to make shelters more accessible to people who may not have qualified before to deal with the demand.

“If they have pets, are women, families, they’re finding solutions to house them for the time being,” added Councilmember Prince.