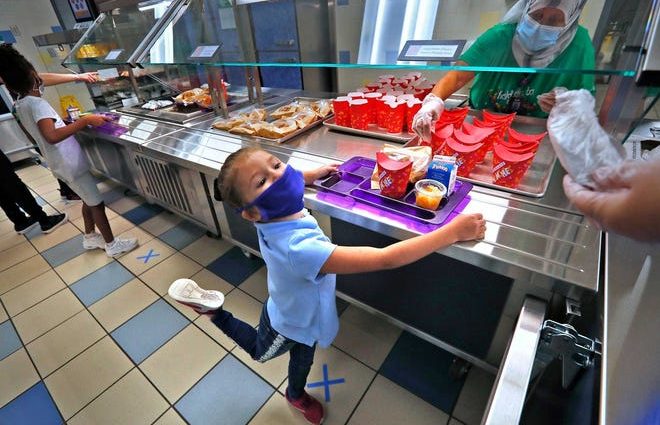 Indiana ranks 29th nationally for child well-being and 35th in child health, according to the 2021 Kids Count Data Book.

The annual report — which is compiled, analyzed and released by the Indiana Youth Institute — offers a profile of child well-being at statewide and county levels using indicators of family and community, economic well-being, education and health. It also offers insight into how service providers and policymakers can address the issues affecting the health and well-being of Hoosier children.

Although its ranking for overall child well-being remained unchanged, this year’s report showed Indiana made gains in the areas of family and community (31st), economic well-being (15th) and education (15th). Due to changes in data collection, the health ranking cannot be compared to that of previous years.

The rankings are determined by analyzing studies and reports on a number of factors that would affect a child’s well-being under each of the four aforementioned indicators. Each section also includes information about how the COVID-19 pandemic has affected the well-being of Indiana’s youth.

Season for Sharing:IndyStar readers give over $100K to support Central Indiana’s Black and brown youth

While progress was made in some areas, one factor that was consistent across nearly all of the well-being indicators: children of color are disproportionately affected by issues like poverty, food insecurity, school suspensions and wealth gaps.

“The past year has also offered painful reminders of the history and ongoing effects of institutional racism in America,” IYI President and CEO Tami Silverman said in a written statement.

“Our Data Book connects the disaggregated data to historical context, policies, and resource gaps influencing the outcomes of historically marginalized Hoosier youth. We believe better understanding the realities facing our children of color empowers us to work together to build equitable solutions.”

Hoosiers of color are at a disadvantage

Notable racial disparities could be found across all health indicators examined in the study.

When looking at the wealth gap — which includes assets, homeownership, income and savings — Hoosiers of color are at a disadvantage. Nationally, white families have a higher median net worth than Black or Hispanic families. They’re also more likely to expect or receive an inheritance after the death of a loved one.

Youth of color are over-represented in state’s justice system

Another area that noted significant racial disparities was youth criminal justice. Youth of color are over-represented in the over 400 youth in the state’s justice system.

While Black Hoosiers represent around 11% of the state’s overall population, 33.5% of youth in the state’s juvenile justice centers are Black. Of the remainder, 7.8% were Hispanic and 49.1% were white.

Racial disparities were noted in several other areas:

The COVID-19 pandemic has affected Hoosiers’ lives in nearly every way, from education interruptions and unemployment to housing and food insecurity.

The number of families receiving temporary cash assistance has risen significantly since the beginning of the pandemic. In February, 5,340 families (9,753 children) received these benefits compared to 7,950 (14,590 children) in September. The Supplemental Nutrition Assistance Program, or food stamps, saw a similar trend: by September, over 300,000 households were receiving assistance.

The number of neglect or abuse calls coming to the Indiana Department of Child Services hotline decreased by 44.3%, which may be due to the child being home and not in school, where teachers are mandatory reporters, the report postulates. It may also be difficult for instructors to pick up on signs of abuse or neglect in a virtual setting.

(Indiana law considers every adult a mandatory reporter of suspected abuse or neglect. If you suspect something is wrong, call the DCS hotline at 1-800-800-5556 or your local law enforcement.)

The Indiana Youth Institute also provides county-level data snapshots for each of Indiana’s 92 counties. Examining 2019 data, here’s a look at how Marion, Hamilton and Johnson counties performed on a few key metrics: