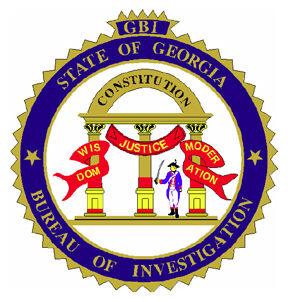 A year-long investigation led to the arrests of eight people in Albany on child sex trafficking and gang charges, the GBI announced Monday.

In October 2019, the Albany Police Department requested the investigative assistance of the GBI CEACC Unit regarding the commercial sexual exploitation of children, which is also known as child sex trafficking.

The request came after the Albany Police Department received a report in August 2019 regarding the rape and commercial sexual exploitation of a 16-year-old female. The female victim reported being trafficked during an almost two-month period from June 2019 through August 2019 in Albany. The trafficking of the victim ended when the juvenile victim was able to run away from her traffickers, a GBI press release issued Monday states.

According to the GBI, members of this gang reportedly made the arrangements for the juvenile to have sexual encounters with numerous men in exchange for money. The child sex trafficking occurred in multiple locations within Albany and included hotels and motels, vehicles and residences. This investigation revealed that the proceeds from the child sex trafficking were being used to finance the gang and the illegal activities of that gang.

Smith, Hooker and Rosier were already incarcerated on unrelated charges when they were served with arrest warrants related to this investigation.

“The damages of human trafficking are difficult to repair and these young victims need plenty of assistance in getting their lives back while regaining their self-esteem,” Albany Police Chief Michael Persley said. “I will continue to pledge my support in fighting human trafficking while using all resources available to bring to justice those who prey on other human beings for the sole purpose of financial gain. I am thankful for Director Reynolds and the Georgia Bureau of Investigation for their efforts in combating this detestable and devaluing crime.”

2020-11-25
Previous Post: WHAT IF THE HOMELESS GAVE YOU MONEY?
Next Post: Five days left to help buy Christmas pyjamas for homeless Liverpool children