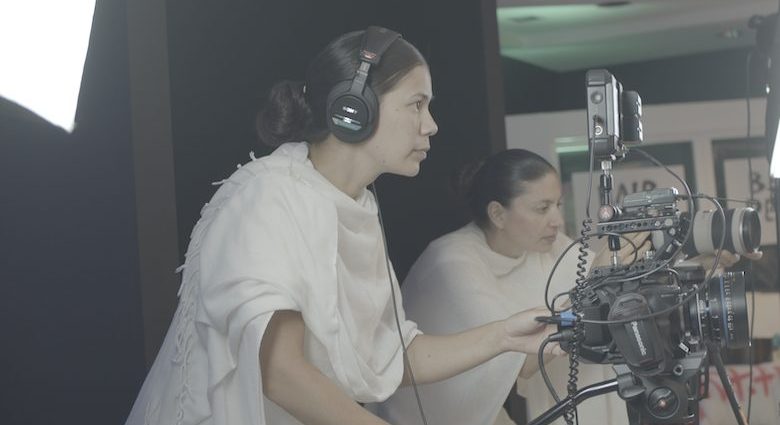 It has taken an enormous effort for me to transcribe the memory of my interview from the pages of my heart to my computer keys. Human trafficking, the centuries-old nefarious trade is an oozing wound in the armpit of our society.

Sadhvi Siddhali Shree told me an inspiring story – it took an enlightened soul, in the incarnation of the 24th Jain Tirthankara Mahavir to help over 30,000 sex workers in shameful squalor become renunciates. A resident of a Jain Ashram Siddhayatan Tirath, in Dallas, Texas, Siddhali Shree told me enthusiastically about her guru Acharya Shree Yogeesh, who she proclaims to be a “ true visionary”! The film project, Stopping Traffic, was initiated as a part of transformative social service included in their Jain dharma.

I shared with her lessons from my guru, my father, who insisted that girls were home before nightfall, did not allow sleepovers, and argued with for days to be allowed to go on chaperoned excursions. My dad honored women and was a guardian angel for many but he knew of social evils that lurked in the shadows even in the simpler times of our childhood and adolescence.

The first time I remember witnessing a girl snatched away from her neighborhood was in the 1981 movie, Umrao Jaan, a tragic and emotional story of an unfortunate girl who is sold to a brothel in Lucknow. But now I know that this travesty could happen in a cul de sac in any neighborhood. Women are not safe in place of work, in buses, trains, even their own homes. Phantoms of female vulnerability are pervasive in our society irrespective of caste, creed, or social class. But extremely unfortunate is that girls from poor homes are sometimes hurled into this pit of seedy squalor, by their families!

In 2015, three monks at the ashram as a part of their humanitarian work interviewed sex workers and in the 2017 film, Stopping Traffic: The Movement to End Sex Trafficking, which was received well by the academy and applauded st the United Nations. The work of their NGO received traction on social media and these courageous young sadhvis learning filming skills through YouTube and google were ready to shoot again.

Armed with a nonjudgmental ear and compassion, they followed the lives of women who had fallen prey to this terrible tragedy. I can’t imagine the spiritual equanimity the monks must have to unveil the stories of these downcast victims. Yoga, meditation, simple life, discipline, and divine blessing help the victims to deal with their post-traumatic stress, says the monk in one breath. I am sure that Jain teachings help Siddhali Shree and Anubhuti Shree debrief after these daunting sessions. It is not possible for an ordinary mortal to not feel the pain of the victims in their own psyche. “We practice compassion with detachment but when we went to the Red light district in Mumbai, we could sense the heaviness there,” she admitted. Poor women caught between circumstance and poverty! These women open up to them because they don’t feel threatened. They don’t proffer any religious preaching, just holistic healing of sorts.

My physician’s mind conjured up images of the rampant spread of HIV/ AIDS and other STDs in the notorious Kamathipura district as the monk talked. I could see diseases riddled frail bodies in the slums of Bombay. Not unlike Oliver Twist and his motley crew in the workhouses of 1987 London or street dwellers from Mira Nair’s 1988 film, Salaam Bombay.

I nervously wait to hear the story of the girl from New York City who allowed the sadhvis to follow her life. There will be other survivors in their journey to Las Vegas, Houston, Ethiopia, and Mumbai. We will be introduced to linchpins who now work with the monks as they unveil the cause and effect of this enterprise. Such documentaries funded solely through private funding, online donations, and volunteer activities occupy a crucial role in our society to raise general awareness about taboo subjects. Only then innocent lives trapped in this violence will be redeemed. “They are not to be stigmatized but to be rescued,” said Siddhali Shree with conviction.

This interaction left me to pen this poem:

weep with them, dignity is

trapped under boulders of

agony, I try to hold out

a trembling hand of help

but their fingers can’t reach me.

I come across a light within

up all at once and it becomes

possible to lift them out o the

blind well of deep despair, one

Education, health, and economic independence are the key elements to empower women. Life does not come with a user’s manual but the sadhvis’ humanitarian work to change the life of sex victims one day at a time is commendable! Watch the documentary Stopping Traffic 2: Surviving Sex Trafficking and spread their message.

Monita Soni grew up in Mumbai, India, and works as a pathologist in Decatur Alabama. She is well known for her creative nonfiction and poetry pieces inspired by family, faith, food, home, and art. She has written two books: My Light Reflections and Flow through my Heart. She is a regular contributor to NPR’s Sundial Writers Corner.

A cause: we want to keep journalism open!

More people are reading India Currents than ever but advertising revenues across the media are falling fast. And unlike many news organizations, we haven’t put up a paywall – we want to keep our journalism as open as we can.

You: your perspective matters!

So you can see why we need to ask for your help. Our independent, community journalism takes a lot of time, money and hard work to produce. But we do it because we believe our perspective matters – because it might well be your perspective, too.

Donate: it goes a long way!

If everyone who reads our reporting, who likes it, helps fund it, our future would be much more secure. You can support us via our nonprofit arm, India Currents Foundation – and it takes just a moment to give.