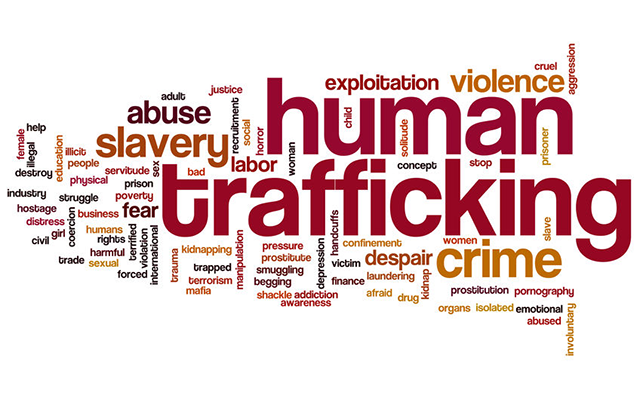 Anyone can fall prey to human trafficking. Children and immigrants are most often the victims.

January is National Slavery and Human Trafficking Prevention Month, which aims to make people aware of what they can do to prevent human trafficking.

Children who have suffered sexual, physical, psychological and emotional abuse or neglect are prime targets for traffickers.

Some of the things to watch for in children who might be victims of trafficking include having more than one cell phone, or an unexplained phone, new clothes and possessions the child could not normally afford, gang affiliations, affiliations with older people, multiple social media accounts and habitually running away.

“Typically reports are made by third-party entities, which means that we rely heavily on vigilance from the community,” said Detective Helga Thorsdottir of the Prince William County Police Department’s Missing Persons/Human Trafficking Unit. “Human Trafficking Prevention Month encourages people to have thoughtful conversations about human trafficking, bringing light to this ever-evolving issue. It is important for individuals to not only educate themselves, but also their children. The National Center for Missing and Exploited Children (NCMEC) reported that the average age of child sex trafficking victims reported missing to their organization was only 15 years old.”