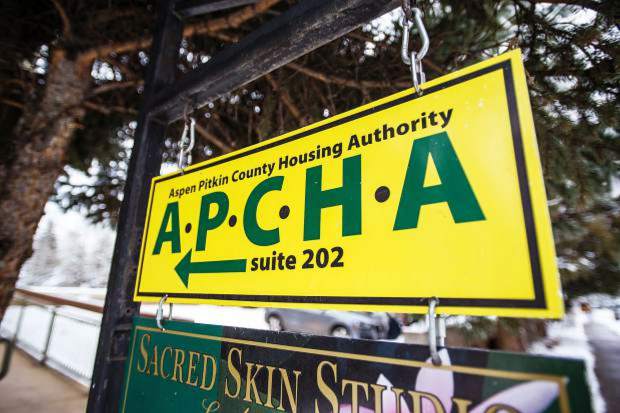 Despite a last-ditch plea last week to keep her deed-restricted condo, an Aspen woman has been ordered by a judge to put her home up for sale after she sued the Aspen-Pitkin County Housing Authority claiming it abused its authority.

Sonya Bolerjack sued APCHA last year after its board of directors determined that she didn’t provide adequate documentation to prove that she works at least 1,500 hours a year in Pitkin County, which is one of the requirements of the taxpayer-subsidized housing program.

Through her attorney, Gary Wright, Bolerjack asked a judge to allow her to stay in her condo at the Aspen Business Center while alleging that information she provided to APCHA was intentionally disregarded, and the board prevented Wright from addressing several allegations at her July 2019 appeal hearing.

Further, APCHA lacked objectivity and its board offered opinions that were not supported by evidence, according to the lawsuit.

But in his Aug. 10 order for summary judgment in favor of APCHA, Pitkin County District Court Judge Chris Seldin wrote that evidence supports the board’s decision to force Bolerjack to sell her condo.

She also is on the hook to pay $7,000 in attorney’s fees to APCHA, according to a September ruling by Seldin.

She addressed the APCHA board Wednesday, pleading that it reverse its decision due to the fact that she was suffering from PTSD because of an abusive relationship at the time the housing authority was asking for the employment paperwork, and she didn’t have the mental capacity to provide it, but she does now.

“I’ve come to terms with taking responsibility for me not providing paperwork in a timely manner but to be blacklisted forever for life will essentially be leaving (my) kids and I homeless and homeschooling during a pandemic,” she said during the Zoom meeting with a cracked voice. “I’m terrified what that will do to my children’s well-being and health.”

She told the board in the 2019 appeal hearing that she was a poor record keeper, and admitted that not all of her income was reported to the IRS, but she should be given the benefit of the doubt that she does work full time in Pitkin County.

The board unanimously determined that as a self-employed chef and chef’s assistant, as well as a mother of two young children, Bolerjack did not provide adequate documentation, including key income statements, such as invoices and payments from clients.

APCHA began investigating Bolerjack in early 2019 after receiving an anonymous complaint. She had three months to provide required documentation but failed to do so, according to documents.

During that time, Wright went on the offensive and attacked APCHA for its practices.

“APCHA’s policy regarding anonymous reporting has become a weapon for frivolous complaints,” Wright wrote in a letter to the agency. “APCHA needs to be proactive with issues such as the lack of adequate homeowners’ reserves and the mismanagement and excessive charges by owners’ associations.”

He also suggested that the agency’s compliance officer lacked the understanding or experience to understand Bolerjack’s situation.

That position didn’t sit well with board members, who felt Wright’s approach was aggressive.

During Wednesday’s meeting, APCHA Board Chairman Skippy Mesirow asked Interim Executive Director Diane Foster if there was anything that could be done by the board to express compassion for Bolerjack’s situation.

APCHA Deputy Director Cindy Christensen interjected and said, “This is a legal case and we won that legal case and I don’t know if this is the forum to really go further and talk about this.”

Foster agreed, “Yeah, it’s not,” and suggested that she and Mesirow talk offline about the legal case.

If Bolerjack’s compliance case had been in front of APCHA this year, she likely wouldn’t have lost her deed-restricted housing, but instead faced thousands of dollars in fines and had a hearing officer decide her fate.

The APCHA board this year relinquished its often difficult role of deciding people’s fate and the draconian penalty of being kicked out of their housing for violating the agency’s rules by implementing fines and hiring a hearing officer on a contract basis.

Hearing officer Mick Ireland recently ruled on three cases that were part of the first appeal reviews under the new system.

Christensen said APCHA is working with Bolerjack to determine the sale price of her condo.

In his ruling, Seldin opined about the importance of upholding the integrity of the APCHA program as it houses thousands of local workers who contribute to the fabric of the community.

“The program is essential to the economy of the Aspen area, as it is generally the only option for working people to secure housing within that community,” Seldin wrote. “It also helps reduce detrimental impacts on communities as far away as Glenwood Springs, as those who live in APCHA housing do not contribute to the traffic jams up and down the Roaring Fork Valley that the rest of Aspen’s workforce creates.”