Kindness at its best: Elko girl feeds homeless on her birthday | News 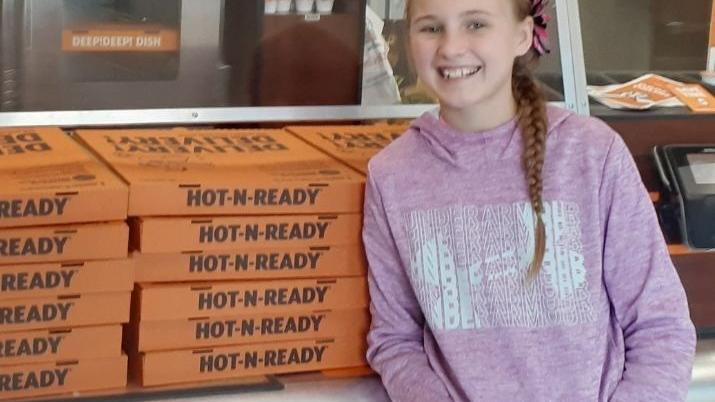 ELKO – When Annaleesia Callahan’s grandparents asked their granddaughter what she would like for her birthday, her answer surprised them when she said wanted to feed the homeless on her special day.

Instead of the latest video game or toy, Callahan, along with six family members, took 20 boxes of Little Caesars pizza to the homeless camp Sunday afternoon.

“It brought tears to my eyes,” said Callahan’s aunt, Callie Tregidga about her niece’s act of selflessness.

Along with the pizza, Callahan reached out to Shutters hotel for a donation of face soap, body soap, shampoo and toilet paper that were also handed out to the homeless.

Callahan, a fifth grader at Flag View Intermediate, never mentioned it was her birthday as she handed out the food and toiletries, but her family members proudly told everyone the reason they were there.

“We told them this was Annaleesia’s birthday and this is what she wanted to do,” Tregidga said. “Not once did she say it was her birthday.”

The response was positive. Callahan and her family heard many people say, “God bless and thank you!” Tregidga said.

“It wasn’t negative or uncomfortable, nothing like that,” Tregidga recounted. “They were happy to receive it, especially from her turning 12.”