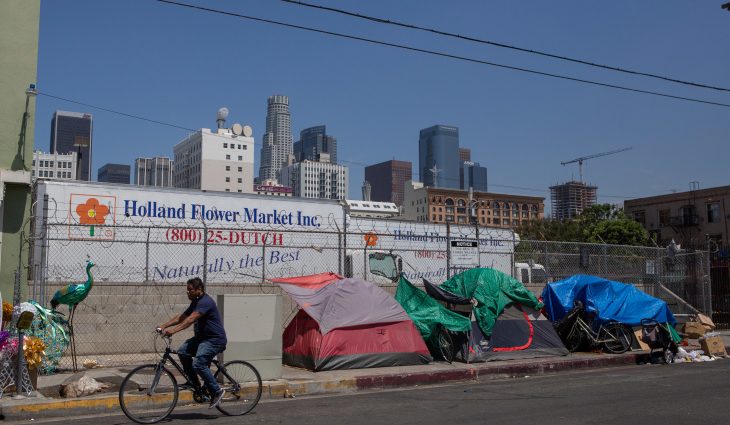 The Los Angeles City Council will vote today on whether to amend local laws to effectively ban homeless encampments in certain parts of L.A.

Supporters of the controversial motion say it will help get homeless people off the streets and into shelters, while opponents say the changes will criminalize homelessness.

Those laws prohibit camping and having “bulky” items in public places, but recent court rulings prevent the city from enforcing anti-camping laws without having adequate shelter beds available.

The proposed changes would allow the city to ban sitting, sleeping or lying down within 500 feet of freeways, freeway ramps, tunnels and certain homeless services facilities opened after January 1, 2018. They would also allow a ban on storing personal property in any of those areas.

The motion faced harsh public comment from homeless advocates during Tuesday’s City Council meeting. It’s on the agenda for a special meeting today at 10:15 a.m.

Our news is free on LAist. To make sure you get our coverage: Sign up for our daily newsletters. To support our non-profit public service journalism: Donate Now.