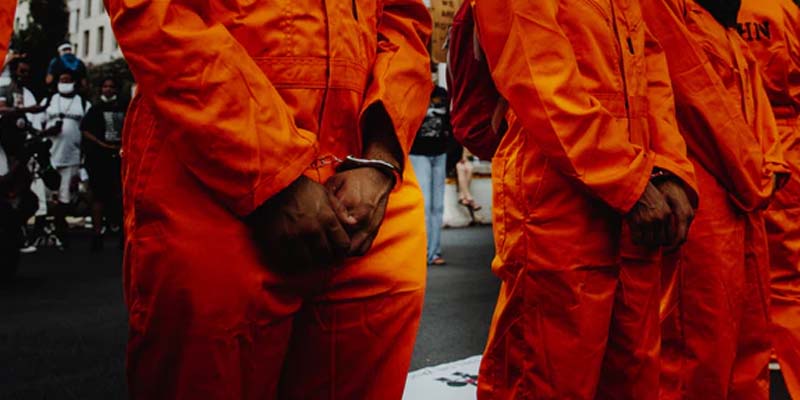 BERGEN COUNTY, NJ –  Bergen County Prosecutor Mark Musella and Chief Robert Anzilotti announced the results of a 4-month investigation and charges against 22 individuals who orchestrated a human trafficking and prostitution organization in and around Bergen County

Musella announced charges against 22 individuals who were engaged in a racketeering, human trafficking, prostitution, and money laundering operation in and around Bergen County.

The operation involved women from Mexico, smuggled into the United States illegally being promised jobs, instead, being forced into prostitution, at least 50 have been identified so far.

“Over the course of several months, dozens of detectives and attorneys from the Bergen County Prosecutor’s Office with the assistance of Homeland Security Investigation’s Newark field office and a number of local police departments have devoted thousands of hours to identifying, locating, and operating,” Musella said. “Several individuals in this investigation revealed that more than 50 female victims have been recruited from small towns in Mexico and lured to the United States and ultimately to New Jersey under the false promise of lawful employment but were instead forced into prostitution.”

Law enforcement said the 22 individuals arrested are the organizers, managers, and drivers of a large-scale criminal organization built around human trafficking and money laundering.  The operation included a daily routine of fielding calls from men soliciting sex, coordinating and, directing drivers and victims to service the men.

Some arrested were those responsible for facilitating the collection of thousands of dollars in proceeds from the organization every week.

In addition to these arrests, the investigation has resulted in the seizure of several houses in Bergen County and Florida as well as the seizure of over two hundred thousand dollars in U.S. currency.

“I would like to thank the men and women in our office of victim-witness advocacy and our partners at covenant house who are connecting these victims of human trafficking to services and resources,” Musella said. “I am very proud of the professional work of the men and women of the Bergen County Prosecutor’s Office under the direction of Chief Robert Anzalotti.”

The leaders of the organization created this prostitution ring which spread to other counties in northern New Jersey. They would obtain young women from trafficking organizations in Mexico and they would be smuggled into the United States and eventually here to New Jersey where the leaders of this organization would then field phone calls from clients seeking these women for sex.

They utilized a hierarchy that included managers and drivers as well as enforcers. The drivers would act as not only an enforcer to keep the girls in line but also to keep the clients in line as well to make sure that the women did not get further victimized by clients.

“The hypocrisy of it all was that while the enforcers and managers and leaders of the organization preyed upon these women. They needed the women to further their illegal profits and the drivers were also there to make sure that the clients themselves did not do anything to the women,” Musella said.

Musella said over 150 clients have also been identified and could face charges.