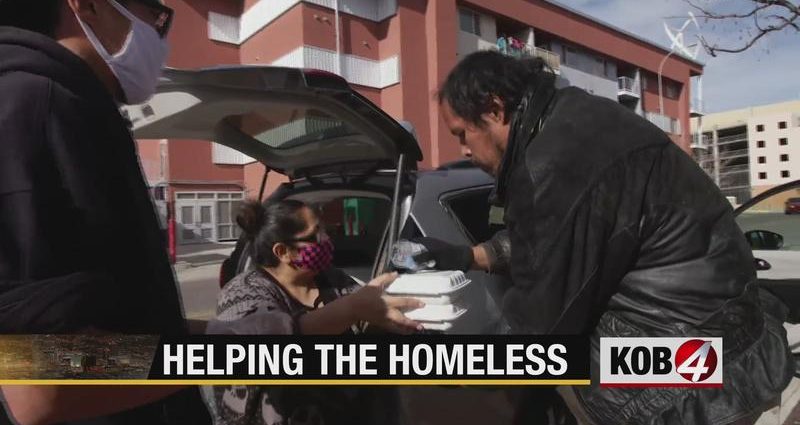 “Everybody is struggling. At the end of the day, there’s going to be struggles every day that we live,” said Maria Valdez, owner of La Luna Eatery.

Usually, Valdez would cook and deliver hundreds of meals to people living on the streets, but this year she got some donations to help with her cause.

“We just didn’t have the funding. We dipped into every bit of our savings being shut down. But, you know, doesn’t mean we’re not going to do it,” she said.

Valdez spent Christmas morning driving around the city looking for people who were not staying in shelters. She said she’s been helping the homeless since she was a kid, and now wants to set a good example for her children.

“We shut down in March, we opened back up in October so that we could raise the money to move forward with this project and the amount of people that have put their hands on this project to make it happen— there was no way I was not going to do it,” Valdez said.

During the pandemic, a lot of people experiencing homelessness have been staying in shelters or motels—but not all of them. Valdez said that’s why today’s event was so important.

“It is a little scarce out here. We’re also living in a world of COVID right now,” she said. “I don’t know how many or the percentage of lost and forgotten are out there right now and still alive with this. That’s my biggest fear is—has this pandemic started to lessen our population? You know, whether it’s the homeless population or population in general, but you can definitely see there are very little bodies out here that we are trying to feed.”

“But everybody that I have been able to feed have been very open to receiving it. It’s right fresh, hot off the stove. You were filming us cooking it up,” she added.

Valdez made about 400 meals total to hand out.