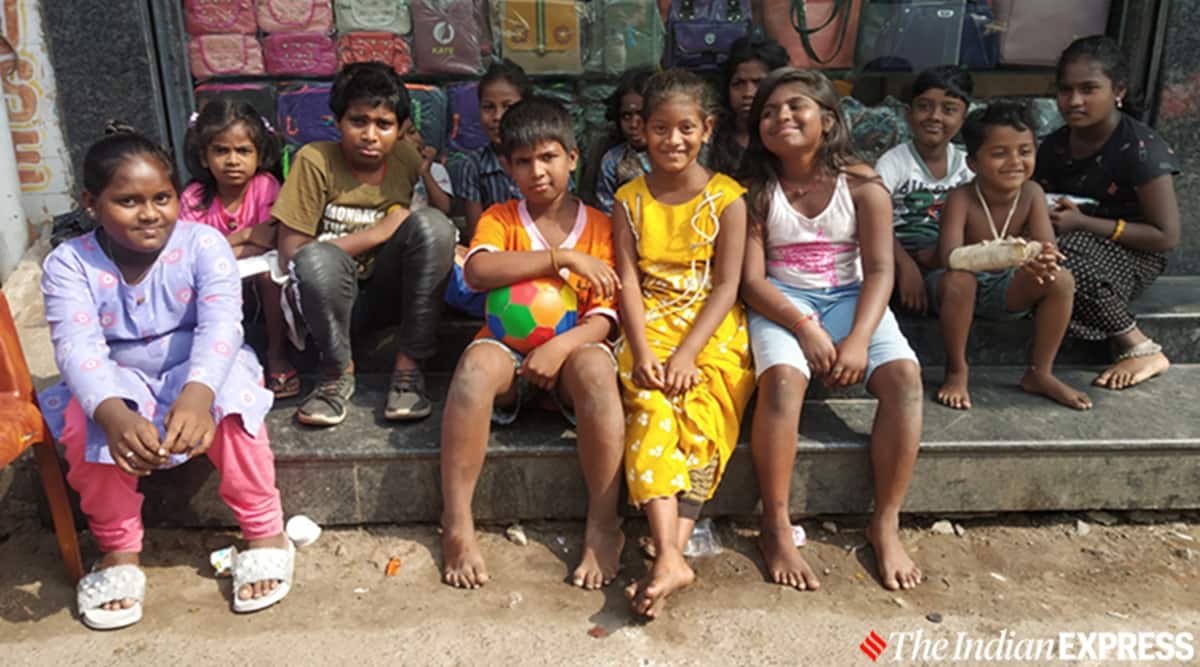 In the absence of a regular income, several families are struggling to make ends meet, and in some cases, children dropped out of school to support their parents. (Express photo: Janardhan Koushik)

Eleven-year-old Akshaya, who studies in Class VI in a government-aided school in Chennai’s Ratan Baazar, says she has not attended her online classes for months as the only phone available in her house was broken. “My father’s smart-phone got damaged a few months ago. It hasn’t been repaired till now, so I am not able to attend the online classes,” she says. Stories like Akshaya’s echo in nearly five hundred families living on the streets of North Chennai.

The coronavirus-induced lockdown in March this year cut the sources of livelihood of these families. In the absence of a regular income, they are struggling to make ends meet, and in some cases, children dropped out of school to support their parents.

The parents say since they don’t have a regular income, they are forced to take their children to work alongside them. Some of them have sold the items like fans, small motors, and television for a meager amount in nearby markets to manage their expenses. According to a study by the Information and Resource Centre for the Deprived Urban Communities (IRCDUC), an NGO, close to 71 per cent of homeless children have not had any forms of education during the pandemic. “The inability to use a smartphone or have no access to it, the schools not providing online classes, parents not having the income to pay the fees are some of the common reasons the children have pointed out for lack of access to online education,” the study says.

“There is no income at all. We are alive because of the relief materials provided by NGOs and a few political parties. Our children want to go to school, but due to the pandemic, the schools are shut. Online education is not possible for our children, we don’t have access to smartphones, television, or the internet, says Valarmathi, a fruit-seller whose daughter is studying class V in a nearby corporation school. 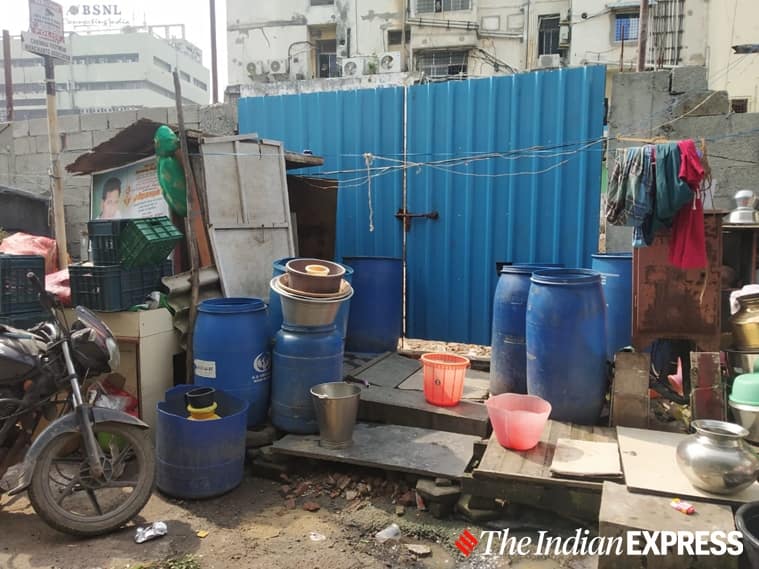 Valarmathi says he was earning Rs 600 per day before the lockdown. Now it is barely Rs 200 in a day.

Speaking to indianexpress.com, Vaneesa Peter, a policy researcher at IRCDUC, says most of the parents had been working in the Kothawal Chavadi market and as it was closed due to the pandemic, they have no income, which resulted in them not able to pay the fees for their children.

Suguna, whose son Rishi studies in class VIII, said psychologically children are affected with few of them getting access to education while others help their parents. “I have one smartphone, my son studies on that but his friends are unable to study because of lack of access to it. We are in a situation where we are not able to help even our close friends. An NGO is taking tuition thrice a week,” she said. Close to 71 per cent of homeless children have not had any forms of education during the pandemic. (Express photo: Janardhan Koushik)

Some of the children in Stringer Street were seen selling fruits and vegetables in school uniforms. A parent of a class VIII student said the school asked them to pay Rs 7,500 as a term fee. Since they don’t have the income, they had stopped him from attending the school. They claimed despite several attempts, the government has not paid heed to their demands of helping the children get access to online education.

Keen to continue her study, Akshaya says she wants to go to school. “We don’t know when it will reopen.”

? The Indian Express is now on Telegram. Click here to join our channel (@indianexpress) and stay updated with the latest headlines

For all the latest Chennai News, download Indian Express App.