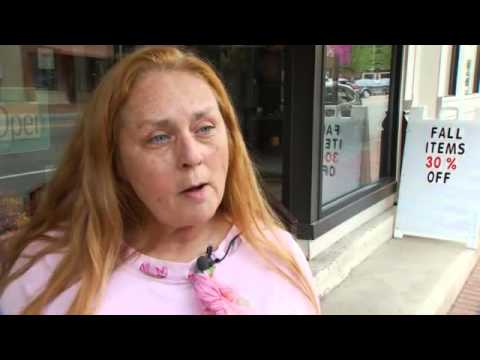 LOGAN COUNTY – Hundreds of domestic violence calls are made to police each year in Logan County. Many of the victims need a safe place to escape the abuse. Right now there isn’t a shelter in the county. That will soon be changing. Domestic violence happens in the movies and in real life. In Logan County, there have been 207 domestic violence calls to police within the last year. At Consolidated Care, theyve worked with 260 victims within that same time. “So that’s a pretty large number from a small community. It’s clearly an issue that needs to be addressed,” said Consolidated Cares CEO Jeannie Dempster. Domestic violence victims get outpatient counseling in Logan County. They can get emergency shelter in other counties, some 30 to 50 miles away. But it’s not feasible. They have children in school, they have jobs and child care or they have other obligations in the community so often they would just prefer to stay in an abusive home, said Dempster Soon they’ll be a domestic violence shelter close by. The people at Consolidated Care just found out two days ago that they’re getting more than 00,000 for the shelter, Now they have to get it up and running within the next 90 days. There’s a lot of excitement about this. This has been a long time coming, said Dempster. The shelter will house up to 15 people or five families. Oh, I’m all for it. Anything to help out women in situations like that and their children ’cause they’re the ones who suffer the most, said Donna Illis Lynch. Lynch once worked at a women’s shelter. Gave them a place to hide actually because some of them were hiding and it wasn’t known where the shelter was, which is a good thing. Said Lynch. The location for the new shelter hasn’t been picked yet. When it is, it wont be disclosed. The money for the shelter comes from the Ohio Attorney General’s Empowering Victims Initiative. Money for the Initiative comes from federal fines, settlements and fees.