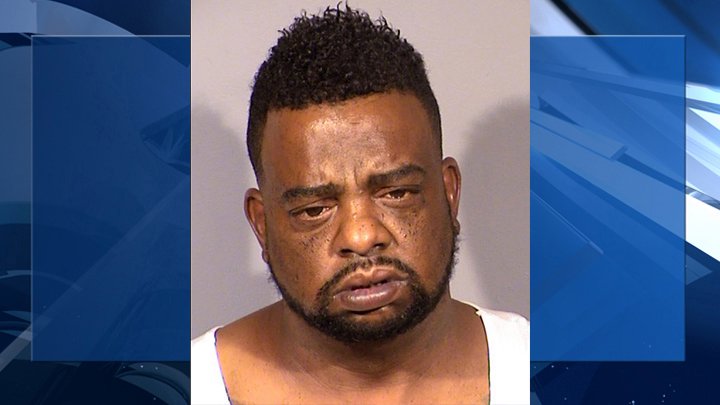 Authorities first came in contact with Carter, Carthon, and the juvenile on On Oct. 11 during a vehicle stop at the Mardi Gras Hotel located at 3500 Paradise Road. Because the girl was underage, she was taken to Child Haven. Advocates there spoke to her and reported to police that they believed she could be involved in prostitution.

Detectives with the Child Exploitation Task Force arrived at Child Haven to talk to the minor on Oct. 20.

According to the arrest report, the underage girl met Carthon on Oct. 3 while she and her family were in Las Vegas on vacation. Carthon saw the girl and told her she was pretty. They eventually exchanged information.

The teen girl called Carthon who picked her up from the airport. She then took her to a place she called her apartment. They switched cars, and then Carthon took the teen to the Mardi Gras Hotel where she rented a room.

Eventually, the teen met Carter. Carter, also known as Smiley, and Carthon took the teen shopping because they said the clothes she had with her were simple, and they “wanted her to look pretty.”

After buying her a dress and shoes, the report said Carter and Carthon began to engage the teen in a discussion about her making easy money by becoming a prostitute.

They gave her tips such as:

Carter also told the teen that she would have to give it all to him when she makes money, the report said. As they were driving back to the hotel, Metro Police conducted a traffic stop on their vehicle. That is when Carter and Carthon were arrested, and the teen was taken to Child Haven.

2020-11-18
Previous Post: Help the Hungry: Shut Down All Food Banks!
Next Post: Giving 36,000 Pesos to this Poor Filipino Family in the Philippines. Filipinos Living in Poverty