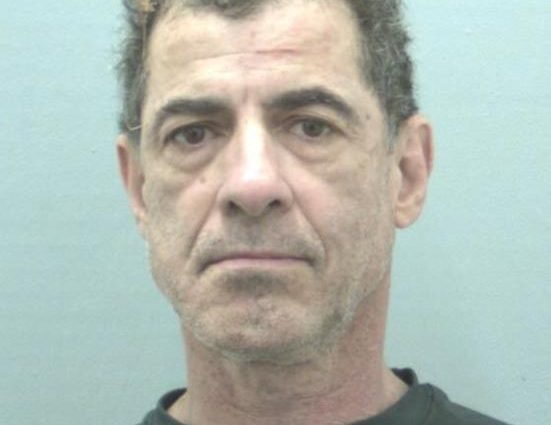 A man is being held in pretrial detention in lieu of $750,000 bond while facing charges he used a 23-year-old woman as a prostitute while they briefly lived together in a rooming house on Main Street in East Hartford.

Human trafficking carries up to 25 years in prison, while first-degree promoting prostitution and attempted second-degree kidnapping carry up to 20 years.

Varchetta, who was arrested Aug. 18 on 17 charges that have various offense dates in February and March, is to return to Hartford Superior Court on Dec. 8, according to online court records.

Police learned of the trafficking situation when the woman approached a police officer working a private duty job on Main Street in the early afternoon of March 10, according to the affidavit supporting Varchetta’s arrest, which provided the following details: When the woman made comments indicating that she was a human trafficking victim, the officer called Investigator Courtney Desilet, who came out in plain clothes and an unmarked vehicle.

Desilet reported that the woman told her Varchetta had repeatedly slapped her in the head and face after she received a phone call from a male friend. The woman said she asked her friend to pick her up because Varchetta set up a “date” for her, and she didn’t want to have sex with the client.

The woman said the argument started at a Main Street restaurant and that the assault occurred after she and Varchetta returned to their room in the rooming house at 1183 Main St.

During the assault, the woman told the officer, the “trick” called to say he was out front of the building. She said she offered to go down and get him, but actually used that as an excuse to escape.

While Desilet was speaking with the woman in the Dunkin’ Donuts at 1084 Main St., Varchetta walked in and approached them, telling the woman, “You’re coming with me,” and trying to grab her, the investigator reported. When Desilet identified herself as a police officer, she reported, Varchetta tried to flee, but his car was blocked in by the officer the woman had approached initially.

Two cellphones were seized from Varchetta at the time of his arrest, and the woman told police he used them to take sexual photographs of her, post ads listing her for sale, and set up “dates,” according to the investigator.

The woman later told police that she had been addicted to drugs since she was 16 and had been living on the street in Hartford when she met Varchetta about a month and a half earlier while she was engaging in prostitution on Wethersfield Avenue in Hartford. She went on to describe the following, according to the investigator.

She initially agreed to have sex with Varchetta for money, which she said eventually evolved into him becoming her boyfriend because she was desperate for a place to live.

She said she initially resisted his demands that she allow him to advertise her prostitution services online but eventually gave in because she was afraid of ending up back on the street. She said he was also supplying her with the powerful opioid fentanyl.

She said he initially agreed to give her half the profits of the prostitution but later started keeping all the money and compensating her only in drugs.

She also said she knew of at least two other girls Varchetta was trafficking, although she didn’t have information identifying them.

The investigator said text message conversations found on a phone seized from Varchetta were consistent with those between a human trafficker and his victim and that partially clothed pictures of the woman found on the phone matched those found on an adult website.