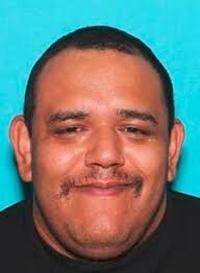 MEDIA COURTHOUSE >> A 36-year-old Chester man was sentenced to 15 to 40 years in a state prison last week on multiple counts of sex trafficking and involuntary deviate sexual intercourse with minors, both felonies of the first degree.

Carr, appearing from the county prison via closed-circuit television, told Pagano Dec. 16 that he takes full responsibility for his actions, but said little else. Pagano also heard from the mother of one of the victims, who said that he had hurt their family deeply.

Carr, of the 1200 block of Curran Street, was arrested in August 2019 following an investigation by Delaware County Detective Mark Bucci and Detective Sergeant Kenneth Bellis, both members of the District Attorney’s Criminal Investigation Division and Internet Crimes Against Children Task Force.

The investigation began June 27, when Bucci received word that Carr was paying teenage boys cash to perform sexual acts. Carr routinely employed friends, acquaintances and teenage boys to help him with chores around the house, according to information previously released by the District Attorney’s Office.

County detectives executed a search warrant at Carr’s residence July 15, 2019, and seized several electronic devices, including cellphones and laptops. The CID Computer Forensics Unit found sexually explicit videos and images on those devices depicting males and females under the age of 18 – including infants and toddlers – being sexually assaulted by adults and other minors.

Defense counsel Howard Anmuth said his client had suffered sexual and other forms of abuse from a young age and that he had been diagnosed with bipolar disorder and schizophrenia. Anmuth added that Carr has attempted suicide several times since age 12, has abused narcotics since that same age, and suffers from a host of physical impairments.

Assistant District Attorney Christopher Boggs, head of the Special Victims and Domestic Violence Division, recommended a minimum sentence of 25 years due to the nature and number of the offenses. He said he did not see any mitigating factors in this case and the only saving grace for Carr was that he had not put the families through what Boggs said would have been an excruciating trial.

“This is truly a heinous case,” said Boggs. “It is one of the worst that we’ve seen as judges, as lawyers, even as people that specialize in this unit.”

Anmuth noted that as part of negotiations for the open plea, Carr will not be deemed a sexually violent predator. Carr will have to register as a sex offender for life under Megan’s Law, however, and comply with sex offender rules of probation and parole. He will also have to provide a DNA sample to state police.