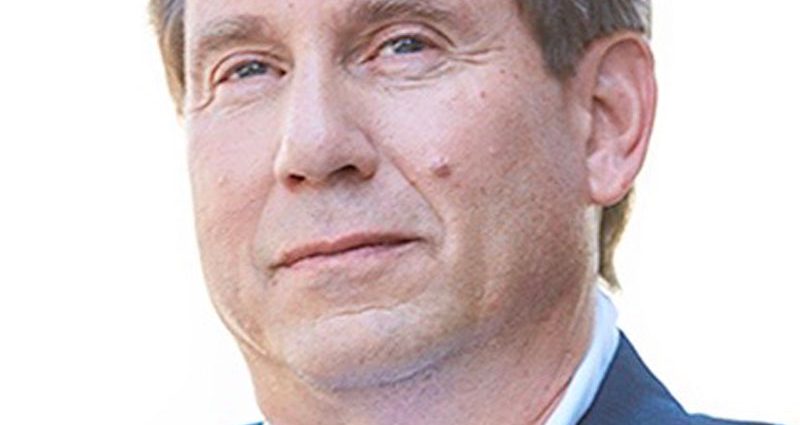 Burbank voters will elect representatives to a variety of positions on Nov. 3, with candidates vying for local, state and federal seats. Congressman Adam Schiff, a Democrat, is aiming to represent California’s 28th District in the U.S. House of Representatives for another two years, with Republican and attorney Eric Early challenging his incumbency.
For the California Assembly, Democrat Laura Friedman is set on continuing to represent the 43rd Assembly District for another two years. The assemblywoman is facing Republican Mike Graves in the race. The candidates, with the exception of Graves, who did not respond to emails from the Leader, have provided statements explaining why they believe they should receive residents’ votes.

Eric Early
I’m Eric Early and I’m running for Congress in California’s 28th Congressional District. My opponent Adam Schiff has been in office 20 years. It is time for him to be replaced. He has terribly failed our district.
I own a successful business, have a great family, love America, am not a politician and have spent the past 27 years as an attorney solving countless tremendously complex problems.
• There are 66,000 homeless in Los Angeles County. I have a plan to address this human tragedy. My opponent has ignored it for 20 years.
• Crime is on the rise, and yet my opponent wants to defund police. I support law enforcement and will do everything I can to provide police with the resources necessary to protect all of us.
• My opponent supports AB5, which outlaws independent contractors, freelancers and gig workers. He doesn’t want you to know that he also is the co-sponsor of a bill pending in Congress that would ban independent contractors, freelancers and gig workers nationwide. Many years ago before becoming an attorney, I worked as an independent contractor. I will work with my Republican colleagues to repeal AB5 and make sure my opponent’s federal version never sees the light of day.
Thus, with your vote, and my 27 years of experience as an attorney, we will work together to:
Get back jobs, rebuild businesses and our economy from COVID’s devastation;
Support law enforcement and stop the ongoing rise in crime;
Rebuild our nation’s mental health-care system;
Get Los Angeles’ thousands of homeless off the streets once and for all;
Lower health-care costs;
Stop federal legislation that would eliminate independent contractors nationwide and work to reverse California’s disastrous AB5;
Get money to parents for schools of their choice, and teach kids the basics again, to lead successful happy lives, instead of being taught to hate America.
Our great campaign team has raised over $2.5 million in donations from many thousands of passionate supporters — money that is now being used for television and other advertising.
In Congress, I will fight for you — our citizens of all races, religions, creeds and colors — like I have fought for my clients the past 27 years. All registered voters of any party can vote for me.
I respectfully ask for your vote so we can start turning this mess around.
For more: EricEarly.com.

Adam Schiff
Over these past seven months, we have battled the worst pandemic in a century. Since the beginning, my priority has been mobilizing a massive public health response with testing, tracing, masks and more, while getting economic support to the Americans who need it. I’m running for re-election because as we fight this virus and work to save lives and jobs, we need work to build back better.
Right now, job number one must be defeating COVID-19 and getting economic relief to Americans and small businesses. Millions are unemployed, many are at risk of eviction or food insecurity, and small businesses are failing. I fought for the over $2 trillion in relief, and I’m doing everything I can to get more relief through direct stimulus payments, additional assistance for small businesses, help for renters and homeowners, state and local governments, and expanded unemployment assistance. We must act now.
An economic response is not enough by itself. We must have a national plan to fight the virus, to expand testing and tracing, and ensure access to quality health care so we can recover. Every American deserves good, affordable health care, whether for the virus or any other condition, and I am committed to getting us there. We can start by creating a public option and lowering the age of Medicare, while protecting the Affordable Care Act, even as the administration seeks to strike it down in court.
When we beat this virus, we need to build back better. We need to turn our attention to making sure growth and recovery are shared and don’t contribute to rising inequality. We need to act urgently to address the existential threat of climate change — making massive investments in clean energy — to protect our environment and create jobs. And we need to address systemic inequality and injustice, ensure every American has a roof over their head, and can afford a good education.
Finally, I will continue to keep my focus at home, building on our successes. In just the last four years, I’ve secured over $100 million to build out an earthquake early warning system; passed legislation recognizing the Armenian genocide; led the fight to make sure freelancers, gig workers and contractors weren’t left out of COVID relief; and passed legislation to protect and preserve 200,000 acres of open space.
We will get through this and emerge stronger as a community, state and country. And we will do it together.

Laura Friedman
Serving the compassionate and creative people of the 43rd Assembly District as their Assembly member has been the greatest honor of my life.
I’ve had the opportunity to author and support path-breaking legislation to increase access to health care for millions of Californians and lower drug prices.
Homelessness is our region’s most serious crisis, which is why I have worked every single day to increase our supply of affordable housing and voted to invest billions in housing and homeless services.
As chair of the Natural Resources Committee, I have successfully authored bills combating climate change, fostering clearer air, clean energy and sustainable transportation.
During the COVID-19 pandemic, I got right to work, bringing resources into our district including personal protective equipment for front-line health-care workers. I joined my colleagues to secure funding for testing, additional hospital beds and resources for vulnerable populations.
I stand with our schools. I’ve fought against proposed cuts to education funding and helped pass a 2020 budget without any reductions to state school funding.
I’m proud of my work as chair of the Subcommittee on Sexual Harassment Prevention, where we led a historic bipartisan reform of the Legislature’s response to sexual harassment that became a national model.
I’m honored to be endorsed for re-election by California’s teachers, nurses and firefighters along with numerous organizations including Planned Parenthood, Equality California and the Armenian National Committee of America.
I hope my track record of bringing millions of dollars to our district, including $5 million to the Braille Institute and $20 million for the completion of the Glendale Narrows Riverwalk Bridge, a safe bike and pedestrian bridge connecting Glendale to Griffith Park, have proven that I am dedicated to the well-being of all who call our district home.
It would be a privilege to serve another term in the Assembly representing each and every one of you.
For more information: votelaurafriedman.com.