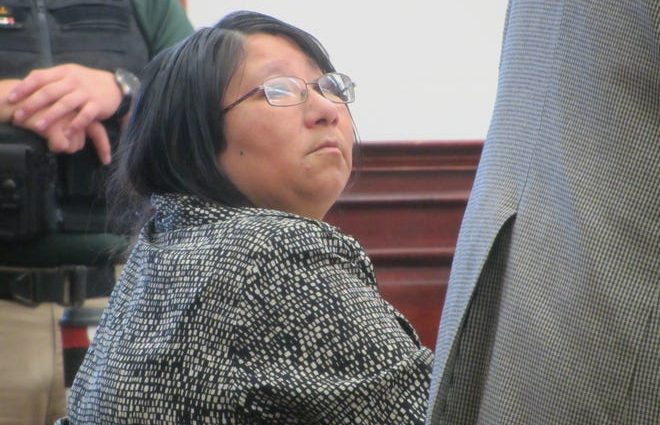 A Montana woman was sentenced Monday for selling a 5-year-old girl to a man for sexual purposes.

Corena Marie Mountain Chief, of Great Falls, was sentenced to 100 years in the Montana Women’s Prison with 50 years suspended. She will not be eligible for parole for 25 years and must register as a tier 1 sex offender.

She received credit for nearly two years of time served.

Judge John Larson described Mountain Chief’s crime as an “extremely disturbing, serious offense” to a child who depended on her for safety.

Mountain Chief, 43, was charged in 2019 with sexual abuse of children and trafficking of persons, both felonies, after a 12-year-old girl reported that Mountain Chief had sold her to Edwin Eugene Sherbondy, who sexually abused her when she was 5.

The trafficking charge was later dismissed.

The girl came forward after seeing 77-year-old Sherbondy’s mugshot when police charged him with child endangerment and trafficking of persons in an unrelated case.

On Sept. 25, Sherbondy was sentenced to 40 years in prison with 25 suspended for trafficking of persons, as well as another five-year suspended sentence for witness tampering. He’s currently housed at the Riverside Special Needs Unit in Boulder.

Mountain Chief’s first trial in October 2019 ended in a mistrial after the jury could not reach a verdict. At a second trial, Mountain Chief was found guilty.

At her sentencing hearing, Mountain Chief spoke about her drug and alcohol abuse, saying she’d suffered a loss in her family and was raising her children by herself at the time of the incident.

She said she didn’t know what happened during “the Sherbondy incident” but apologized for not protecting the victim.

Brian Smith, Mountain Chief’s attorney, asked for a five-year sentence, arguing that it was his client’s first felony and that she could be treated in the community.

Smith said the state had offered a plea agreement to resolve the action with “a fraction” of the punishment Mountain Chief faced after her trial. He asked that the state not punish her for exercising her right to trial.