More families being placed in homes from different assistant programs 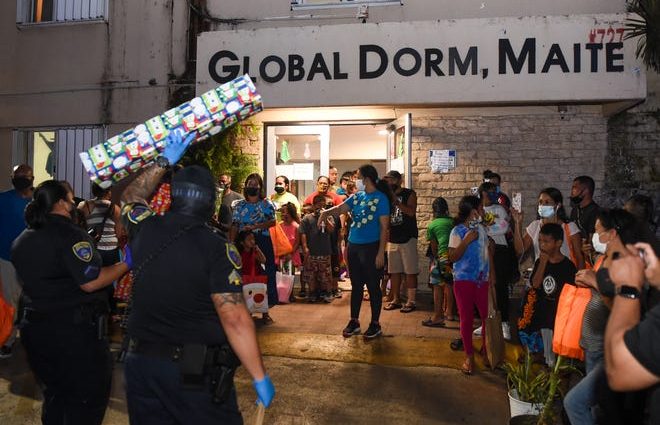 He said over the last couple of weeks three families, with five adults and 14 children, have gotten housing through the Housing First Rental Assistance program.

There is an inspection process for three separate households, he added.

More:Eight of 553 test positive for COVID-19

There is ongoing case management with 20 heads of households at the Global Dorm and they’re currently searching for housing for 12 of those cases, Topasna said.

“We’re slowly chipping away at those at the Global Dorm. I know there are a lot of families there, a lot of kids and we hope as this process moves along we hope to house as many as we can,” he said.

Lt. Gov. Josh Tenorio said the Global Dorm has 119 individuals from 32 households at the Maite shelter. There are 52 children who are 10 years and under, Tenorio said.

A lot of minors

One of the units at Global Dorm has been designated as a student learning center, he said.

“It continues to be an unfortunate trend where we see large numbers of young minors, including 18 toddlers and infants. That number has been kind of steady over the last few months despite some cases being discharged into other forms of housing,” he said.

One issue faced by some of the families at Global Dorm is needed supplies for children.

Several families have young infants who need diapers, so it’s a priority for the homeless shelter.

Catholic Social Service Executive Director Diana Calvo has said donations of coloring books, board games and other kinds of materials to help the kids pass the time at the shelter is also appreciated because there aren’t any televisions at the shelter.

Tenorio said the numbers at the shelter show the need to continue to have the facility and the need to expand.

He said over the last few weeks there have been continued efforts to try to obtain and expand shelter options which hasn’t been easy.

“It is something we are still committed to and still going through the process,” he said.