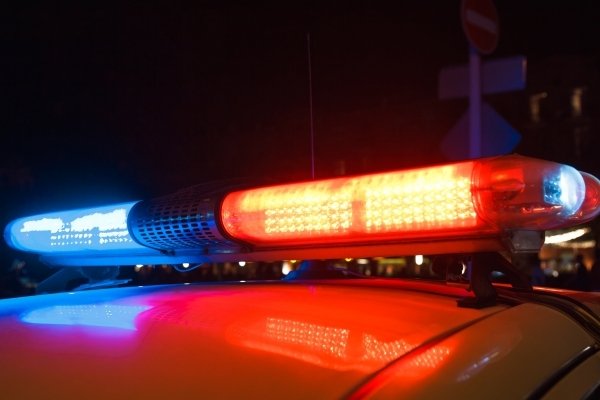 A man accused of trafficking Guatemalan immigrants into the country and forcing them into servitude took a plea deal last month. He’s facing years in state prison and possible deportation after release.

Carlos Garza, 35, pleaded guilty to charges of rape and pimping a minor, extortion, wage theft and false imprisonment. He faces three years in state prison, and is subject to deportation following his prison sentence, prosecutors said.

Garza was arrested in his Mountain View apartment in 2018 after a police investigation found he was housing numerous Guatemalan immigrants and forcing them to work for him. One of the victims, 14-year-old girl, told police she was repeatedly sexually assaulted by Garza and men who paid to have sex with her, police said.

Officers visiting the two-bedroom apartment found several families inside, 12 people in total, crammed into tight living conditions. Those interviewed by police said Garza had instilled a “culture of fear” for those living there.

Court records describe how Garza played a central part in a human trafficking scheme, in which he would put down $6,000 to have a guide, or “coyote,” bring residents of Guatemala into the United States illegally. Once in Mountain View, they were required to pay Garza $8,500. While in debt, victims said they were exploited and forced to follow strict rules imposed by Garza, and were forced to share beds in an overcrowded apartment that sometimes held as many as 17 people.

The 14-year-old victim said she was sexually assaulted seven times in a three-month span in 2018, and that Garza brought men over and demanded she have sex with them, according to court records. Garza received $200 from each man, which did not go towards paying off her debt, the record states. Garza also sexually assaulted the victim twice, and threatened to kill her and her family if she refused.

Police received reports of multiple incidents at Garza’s Latham Street apartment leading up to the human trafficking investigation, and arrested him in October 2018 for threatening a mother and her 7-year-old son with a firearm. He posted bail, was swiftly arrested for violating an emergency protective order, and posted bail again.

Garza was arrested on human trafficking charges two months later along with his sister, Evelia De Maria Galvez, who was arrested for aiding Garza in bringing people to the United States and attempting to dissuade at least one victim from speaking out. A third person, Abel Estuardo Franco Garcia, was arrested one month later for threatening a victim.

In a deal, Garza agreed to plead guilty to one count of rape by force or fear and one count of pimping a minor over the age of 16, along with two counts of extortion, two counts of wage theft and two counts of false imprisonment. Though the victim involved was 14 at the time, the Santa Clara County District Attorney’s Office said the charges reflect a careful balance that holds Garza accountable while avoiding the trauma of a jury trial. Pimping a child under the age of 16 is a more serious charge.

“The district attorney’s office, working closely with a team of victim advocates and victim rights attorney, arrived at a resolution in this matter that balanced the defendant admitting to his criminal conduct, accepting punishment while also avoiding retraumatization of the minor victim,” said spokesman Sean Webby.

Garza will be sentenced to three years in state prison and 10 years of parole. He also must register as a sex offender for life and will not be allowed to own any firearms. He could also very well face deportation as a result of the sentence, Webby said.

“Garza has previously been deported and unlawfully re-entered the country,” Webby said. “He will be subject to deportation after completing his state prison sentence.”

Any immigration-related activity or hand-off to Immigration and Customs Enforcement (ICE) would take place between state prisons and ICE, and would not involve the district attorney’s office, Webby said.

A sentencing hearing for Garza is set for Jan. 25.