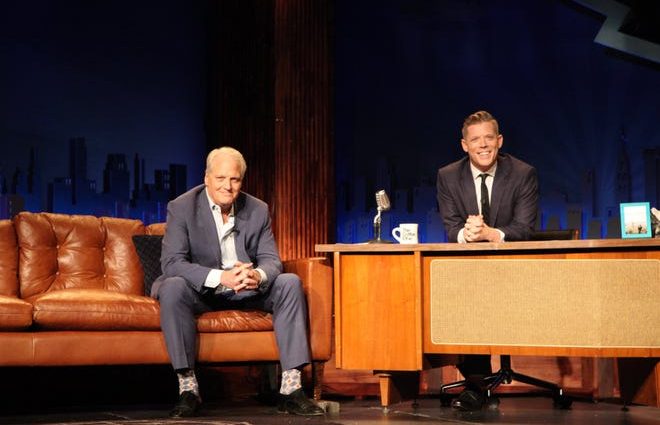 On Friday, “The Mystery Hour,” a late-night TV talk show based in Springfield, announced it would campaign to raise money to buy 25,000 packets of Hot Hands hand-warmers to help people living with homelessness survive cold winter temperatures.

They call it “The Great Ozarks Warm-A-Thon.”

Jeff Houghton, show host, told the News-Leader he was moved after the Springfield Street Choir performed on the show last year.

“After learning from homeless folks that Hot Hands can really make a life or death difference, holding a fundraiser seemed like such a simple thing to do that will help a lot,” Houghton said. “For me, 2020 has really raised my empathy toward people living in uncertainty, and toward people struggling. The folks that are homeless are important people in our community that are struggling and we get to help.”

Houghton said he was confident that donors would give as they did last year when “The Mystery Hour” campaigned against medical debt. That effort raised $27,000 and ultimately forgave $4 million in medical debt, Houghton said.

The warm-a-thon runs until Dec. 11 and is a partnership with The Connecting Grounds, a church that serves the homeless community.

“Hot Hands are literally going to be life-savers this winter to the hundreds of people who will be out on the streets of our city, unable to access crisis cold-weather shelter,” said Pastor Christie Love in a written statement provided by “The Mystery Hour.”

Love added, “Having the ability to give out 6 to 8 pairs per person per night is crucial to help vulnerable individuals maintain their core body temperature.”

Donations may be made on GoFundMe by searching “HotHands for the Homeless.”