National ACLU has issued report calling for the decriminalization of prostitution 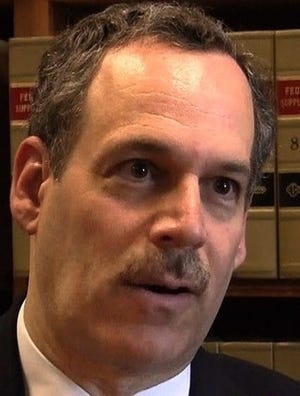 PROVIDENCE — A revived national campaign to decriminalize prostitution looks back at the 30 years when sex work was “technically legal” in Rhode Island and concludes: working conditions for sex workers were safer then.

Drawing on earlier studies by Brown University researchers, the National Bureau of Economic Research and others, the new report by the national arm of the ACLU says:

— “During the period of inadvertent decriminalization of ‘indoor prostitution’ in Rhode Island from 1980 through 2009, there was a 30 percent decrease in reported rape offenses against sex workers.”

— “Incidences of gonorrhea decreased by over 40 percent, particularly among female sex workers.”

— “Unsurprisingly, arrests, which themselves can involve extreme violence and lead to the violence of imprisonment, decreased significantly after sex work was decriminalized in New Zealand and Rhode Island.”

“In the current context of COVID-19, the physical and economic vulnerability of sex workers is becoming more apparent, with growing attention in both policy and the media,” the ACLU report says.

Among the ACLU recommendations: “Fully decriminalize by eliminating all criminal penalties for sellers and buyers … but not for adults who exploit youth.”

Added ACLU of R.I. Executive Director Steven Brown: “Rhode Island’s decision to recriminalize indoor prostitution a decade ago was an unfortunate one. Rather than helping women, it has only channeled more of them into the criminal justice system.

“We hope this report will generate renewed discussion on this topic and reconsideration of the current state laws.”

The three decades that Rhode Island allowed indoor prostitution in massage parlors and strip clubs — and through online escorts — has been ascribed to an accident in legislative bill-drafting.

In response to citizen outrage over an uptick in prostitution in the West End of Providence, lawmakers in 1980 tried to speed up the conviction process by making sex work a misdemeanor instead of a felony, punishable by up to 5 years in prison.

One West End resident who testified before the House Judiciary Committee on March 21, 1980 said the existing law was “as useful as a screen door in a submarine.”

Then-House Speaker Matthew J. Smith co-sponsored the bill to “bring about speedier court decisions,” to get the prostitutes off the streets more quickly.

The new law deleted the ban on prostitution itself, however, effectively making it legal if it occurred indoors.

The change, lawmakers would later say, was an accident.

And it went unnoticed for decades until lawyers representing women arrested by the police in undercover stings on Asian massage parlors — including some suspected of sex-trafficking — succeeded in using the loophole to exonerate their clients, to the frustration of the police and prosecutors. The market for indoor prostitution flourished.

In 2009,state lawmakers, at the urging of law enforcement among others, closed the loophole and once again declared prostitution behind closed doors a crime.

In 2019: Rep. Anastasia Williams, the Providence Democrat who chairs the House Labor Committee, introduced legislation to create a study commission on the potential “health and safety impact” of changing Rhode Island’s prostitution laws.

“This is a topic that needs to be talked about,” Williams said then.

“For some folks, it’s a squirmyish topic, sex. Now we are all laughing, but I don’t think there are enough of us bold enough, open enough, to talk about it, to have a grown folks conversation.”

Support came not only from local advocates, including current and former sex workers, academics and defense attorneys, but a network of decriminalization advocates from as far away as New York, Texas and New Zealand hoping Rhode Island would become a test case for a new legal approach to sex work.

They argued that current prostitution laws don’t stop the sale of sex, but hurt those providing the service and the plight of sex workers has become worse since law enforcement refocused in recent years on cracking down on sex trafficking.

The Williams bill never made it out of the House Judiciary Committee in the face of resistance to reopening the debate.

“He does not believe that our law enforcement resources should be utilized to prosecute sex workers, but rather those who profit from sex trafficking as well as sex buyers,” she said.

“That said, he has been asked to be a part of the study commission if this bill becomes law and is prepared to participate.”

2020-10-25
Previous Post: Advocates For Responsible Fatherhood Say Men Are Rising To Challenge
Next Post: Woman sentenced to prison for trafficking teen in California