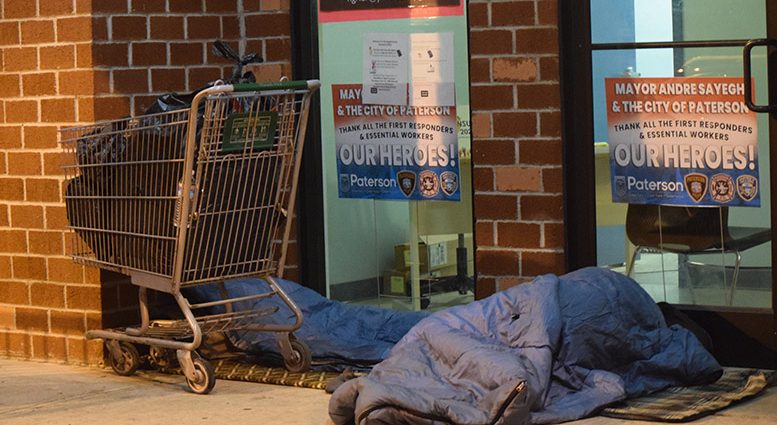 Mayor Andre Sayegh launched a new initiative on Thursday afternoon that covers transportation fare for the homeless, letting them return to their families and relatives’ homes, wherever that may be in the United States.

Sayegh helped 20-year-old Richard Moore get into an Uber vehicle on North Main Street. He carried Moore’s bag of belongings and bid him farewell. Moore, who has been living with his cousin and was on the verge of becoming homeless, is the second person provided transportation through the new initiative.

Moore will be provided housing and services at the New Jersey Mentor in Linden. 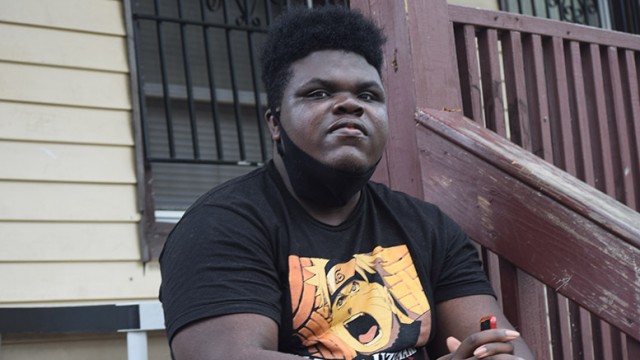 Richard Moore sitting on the steps of his cousin’s residence.

“Anywhere in the country. We’ll provide them transportation,” said Sayegh. He is hoping to rein in a big increase in homelessness in Paterson.

These figures were tallied before the pandemic struck. Sayegh said the pandemic is also driving homelessness.

“We’re starting to see pockets throughout the city where we haven’t seen it before,” said Sayegh speaking of homelessness. Desirable neighborhoods such as Lakeview, Hillcrest, South Paterson, Totowa, and Eastside are now experiencing homelessness.

Chief innovation officer Ed Boze is spearheading the initiative. He prepared a plan to start the pilot initiative. His goal is to try to assist 9 percent of homeless people in Paterson. He said a person has to meet certain criteria to receive the travel benefit. They have to have been housed by Passaic County in the past 30 days. They must have housing at their destination. Or a social service agency is willing to take them in at their destination.

Boze said the program has a $10,000 budget. It’s funded by the Passaic County government. He said there’s a $500 cap per person for transportation. He estimates it will cost $180-$200 to send someone home.

Moore said Boze reached out to him. Boze intends to follow-up with Moore a month later to see how he is doing.

Collazo said the city has to launch an outreach effort to inform the homeless about the program.

“If it’s done properly it might work,” said Collazo.

When the Paterson Times conducted a series of interviews with the homeless in early September, some had said they would return home if they had transportation. One man said he had family members in Florida, but had no way to get there.

Boze said the first person helped by the program was given Greyhound transportation to Lake Geneva in upstate New York, more than 260 miles from Paterson. A significant percent of Paterson’s homeless are from elsewhere. Many come for the cheap drugs or for treatment at the various programs run by nonprofits and end up homeless in Paterson.

Boze has set a modest goal for the program. He hopes to reduce homelessness by 9 percent. That translates to assisting approximately 50 people.

Boze said he will conduct an assessment early next year to determine if the program is working. He is looking forward to the next homeless count that usually happens in January. He hopes to offer the homeless a way to return home during the count. The cold weather in January will serve as an incentive, he said.

“The key is experimentation. We hope that this will work and if it does, then we double down. If it doesn’t, we try something else. Innovation is about experimentation,” said Boze.

Sayegh said the city could identify grant dollars to fund the program if it proves successful in reducing homelessness.