Not all homeless advocates support car camping in Roseburg 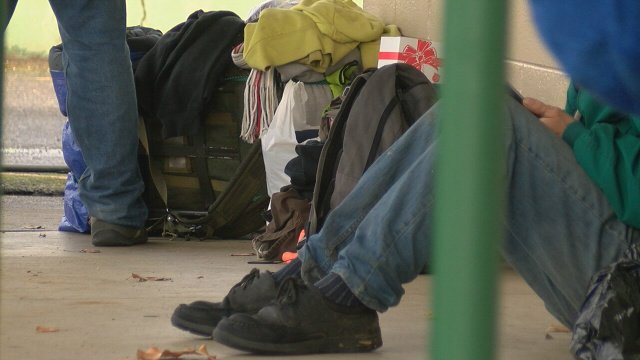 The program will allow homeless people to camp in their cars throughout the winter as an effort to keep more people warm when temperatures drop.

However, the city is asking private property owners to host these vehicles. They are only allowing a maximum of three sites and no more than six vehicles per location a night.

Property owners would have to follow certain guidelines, like providing a trash container and bathrooms and making sure someone is there to monitor the vehicles throughout the night.

Tim Edmondson, the executive director of the Roseburg Dream Center, said he has no plans to participate in the program.

However, he said he hopes someone will participate because he believes it will benefit the homeless people in the long run.

“Some churches have showers, so we’ll see where it ends up,” said Edmondson. “But I think it’s a really good idea.”

Roseburg Rescue Mission executive director Lynn Antis said he will not be participating either. With more than 200 beds available at the mission, he said he’d rather homeless people come there instead of sleeping in their cars.

“We would like to see people get into our men’s shelter, into our women’s and children’s shelter where inside the shelter we can help people in a more comprehensive way,” he said.

Antis also said he’s concerned the program will be tough to manage.

“Other cities have done this and there have been nonprofits that have done it for a while and have quit and the complications were too great they didn’t want to deal with it anymore,” he said.

The program is expected to run through November 2021.

2020-11-17
Previous Post: Kamala Harris Isn’t Promoting Prostitution, But She Should Make It Safer
Next Post: The Scourge of Human Trafficking and Financial Red Flags (Part I of II) | Michael Volkov