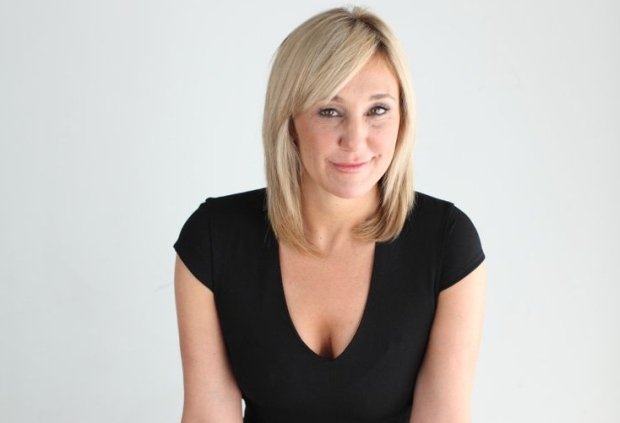 A bizarre wellness brand that promoted “orgasmic meditation” for women called “OneTaste” is currently under investigation by the FBI after accusations of sex trafficking and poor working conditions.

OneTaste was founded in 2001, by a woman from California named Nicole Daedone.

According to the company’s website, which has now been taken down, they offered “orgasm training” and also offered ways to help survivors heal from sexual trauma.

However, former employees allege that the company is a “sex cult” that is guilty of human trafficking.

The revelations are featured in a new BBC series called The Orgasm Cult, with journalist Nastaran Tavakoli-Far.

The series has interviewed former employees of the company who give an inside look at its shady practices.

“It involves a woman undressing from the waist down, lying on a nest of pillows, and having her clitoris stroked, usually by a man, very precisely on the upper left-hand quadrant, the so-called ‘one o’clock spot,” Tavakoli-Far says in the first episode of the series.

Practitioners also set a timer to go off exactly 15 minutes after the experience begins.

The first episode includes audio of OneTaste’s former Chief Technology Officer Chris Hubbard engaging in orgasmic meditation with his wife Beth. Group classes could reportedly involve dozens of women in the same room having assisted orgasms at the same time.

OneTaste has been the target of media and law enforcement investigations since 2018, when Bloomberg News published a report exposing what was happening at the company. The report featured interviews with ex-employees who said that they were pressured into having sex with clients to get them to sign up for more expensive programs.

Employees also said that they were underpaid and “were expected to make OneTaste their entire lives.”

The FBI is now investigating OneTaste over allegations including sex trafficking, prostitution, violations of labor law, and for “allegations of predatory sales tactics and cult-like activities.”

Following the announcement of the investigation, the company has stopped running classes and taken down its website.

The company has denied any accusations of wrongdoing.

In a recent statement, the company said, “OneTaste was an organization that helped individuals to increase health, happiness and connection through methods combining mindfulness and sexuality. More than 300,000 people practice Orgasmic Meditation worldwide. Many have experienced profound healing and transformation.”

The company was promoted by Gwyneth Paltrow’s GOOP, which featured an interview with Daedone where she touted the health benefits of orgasmic meditation, which included improving metabolism, heart rate, blood pressure, respiration, and brain chemistry.

At one time, the company employed 150 people in nine cities, including New York, San Francisco, and London. In 2018, customers were reportedly paying up to $499 for a weekend course, $4,000 for a retreat, $12,000 for the coaching program, and $60,000 for an all-inclusive option. The company was so popular that Daedone was even invited to give a TED Talk about orgasmic meditation.

However, the TED Talk video is now flagged and marked with a notice that warns viewers to not look to the video for medical advice.

Bloomberg’s reporting on the cult can be seen below:

2020-11-22
Previous Post: Los Angeles Homeless Woman Being Evicted from Her Tent with Nowhere to Go
Next Post: Report: Human trafficking spikes in Texas amid pandemic