Over 100 students identified as homeless in Ardmore 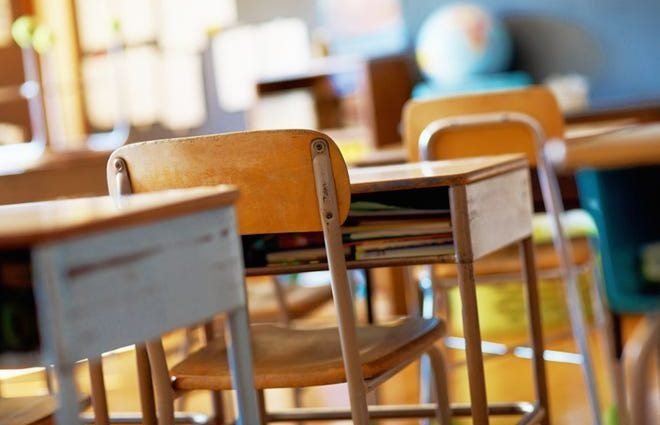 Some children will go to bed hungry tonight. Others lack access to running water or clean clothes for the next day, but they still get on the school bus and go to school. This is the reality for many children living in extreme poverty or in homeless situations.

There were around 135 children in the Ardmore City Schools district alone who were identified as homeless this school year, said Ardmore City Schools Homeless Coordinator Sabra Emde. Homelessness among children is sometimes less apparent, but it is just as much a reality for them as it is for those living on the streets.

Homeless children and youth are identified as individuals who lack a fixed, regular and adequate nighttime residence under the McKinney-Vento Act, a 1987 federal law that ensures the right for students to attend school even when they are homeless.

Emde said she has worked with students who are living out of cars, but also commonly encounters families who are doubling up or staying at motels or RV parks.

“A lot of people will go to a motel on a short-term basis if they’ve been evicted, but then they find that they can’t find affordable housing, can’t get their utilities turned back on because of deposits and things like that,” Emde said. “So they’re essentially forced to continue to live in a hotel or motel.”

The number of homeless students in the district has also increased this year, Emde said. This is likely due to the impact of the COVID-19 pandemic and many families being out of work. “I also am concerned about the moratorium on evictions ending at the end of this month and how that’s going to affect us next semester and the families that we deal with,” Emde said.

While many children in these situations are still with their families, a portion of them are unaccompanied. Emde said most of the children who are unaccompanied are high school students. Currently, there are 26 unaccompanied youth district-wide, but there have been as many as 50 some years.

“A lot of times we’ve got the high school students who are couch surfing, staying at friends’ families homes,” Emde said.

Children who are living with an adult or a caregiver without a formal arrangement are also considered unaccompanied. This will often occur when a child’s parents become incarcerated and one of their family members takes the child in without an arrangement made by courts, authorities or the family, Emde said.

These situations take mental and physical tolls on students and make learning difficult. Emde recalled a metaphor taught in her training where two students are walking to school and one is having to carry so much extra baggage he can barely walk.

Not only do these children come to school without a good meal, clean clothes or a shower, but they have often gone many sleepless nights worrying about whether their family will have heat when it gets cold or if they’re going to be able to keep their house.

“Those are things that even little children understand and recognize,” Emde said. “The trauma that goes along with that is that baggage that they come to school with, and it makes it really hard for a student to learn.”

Programs have gradually been added to the district over the years to help students experiencing homelessness as much as possible. With the McKinney-Vento program, Emde said they are able to provide resources and offer referrals for families who are struggling.

The goal is to ensure every child is enrolled in school and to provide them with everything they need to fully participate in and attend school. Emde helps families who no longer have birth records or immunization records enroll and then obtain replacement documents.

“A lot of our families don’t have those documents because they have either fled a domestic violence situation, so everything was left behind, or natural disaster, the home has been lost as well as the documents,” Emde said.

Once enrolled, she does an assessment with families to find out what their needs are. The school offers a supplemental food program where children can take home meals over the weekend and, with the help of many community organizations, provides students with school supplies, hygienic kits, items for extra curricular’s, clothing referrals, counseling and more — anything they need to be successful.

“We have so many wonderful resources in the community,” Emde said. Grace Center of Southern Oklahoma Executive Director Laura Akers said it’s not uncommon for them to get a phone call regarding a family in the school system that is in need.

The Grace Center, a local nonprofit that seeks to prevent homelessness and increase self-sufficiency, has worked closely with the district homeless liaison at Ardmore City Schools for several years now, as well as liaisons at other schools throughout southern Oklahoma.

According to the U.S. Department of Education, every public school district is required to designate a local homeless liaison to serve as the key homeless education contact for the district. Many smaller school systems will appoint a liaison that also fills many additional roles at the school such as school nurse or counselor.

Akers said the Grace Center works with liaisons to provide families with anything from utility assistance to school supplies or even a space heater. The Ardmore City Schools district is also now in its second year of a grant from the state department of education that provided a position for a graduation planning mentor for high school students.

Emde said this has immensely helped students prepare for either continued education or career placement, and also given them hope for the future.

“That really opens up a lot of doors for these kids because they automatically think they can’t afford to go to college, but with this particular determination it opens up that financial aid door for them,” Emde said. “Once they hear about that some of them are like ‘Oh wow, I really think I might wanna go to college.’”

Every teacher and principal wants to help these children and ensure they feel comfortable at school, Emde said. She has recently been taking part in the newly formed Ardmore Homeless Coalition in an effort to bring attention to homelessness and help find a solution.

Akers, who was a driving force behind creating the coalition, said homelessness is a very complex social issue and understanding who makes up the homeless population in Ardmore is important to finding solutions and creating change.

“Having a grasp on all sides of homelessness and knowing what we’re dealing with in our community will only empower our community to be able to work on this issue and bring lasting change,” Akers said.

The coalition is currently working to develop both short-term and long-term solutions. “The long-term solutions that we’re working towards are really going to influence those children and teenagers that are experiencing homelessness now,” Akers said. “So that when they reach adulthood they are receiving services that are going to prevent them from being homeless in adulthood.”

Emde said one of the best preventative measures for homelessness is education. Without the tools to succeed academically, many of these children would be behind well into adulthood, which makes services for children experiencing homelessness vital.

While displaced children are homeless under the McKinney-Vento definition, adults living on the streets often fall into the United States Department of Housing and Urban Development’s definition of homelessness, which more narrowly describes a person sleeping in a place not meant for human habitation or living in a homeless shelter.

“You’re going to have to have an education in order to continue and be a producing member of society,” Emde said. “They are homeless under McKinney-Vento and if we don’t provide them with the services they need, help them to turn it around, then we’re looking at the next generation of the HUD definition of homelessness.”

Emde said the district currently has an activity fund, called Spirit of the Tigers, set up to help students in the McKinney-Vento program pay to take concurrent college classes and get a head start on their education. Anyone is welcome to contribute and can make a donation by contacting Sabra Emde at semde@ardmoreschools.org.

“We’re hoping to have a lot more students this next semester and next school year attending concurrently so that they can go on and attend college and have a head start,” Emde said.

2020-12-27
Previous Post: Woodland Park human-trafficking survivor appointed to US advisory council | Colorado Springs News
Next Post: Remember when an assault in Denton made it on TMZ?: The top crime stories of 2020 | Year in Review