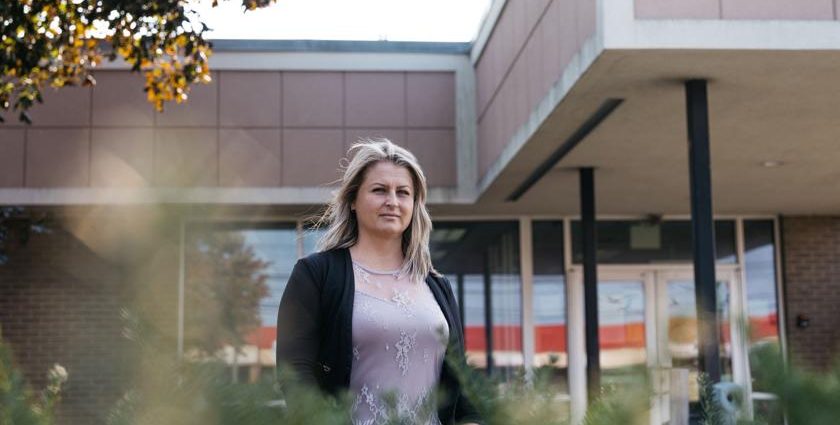 In her three years as a child protective services investigator, Amanda Neal has been called to examine horrors upon horrors: babies with broken bones and golf ball-size contusions, toddlers crawling on floors littered with broken glass, children who had been molested day after day by grown-ups they loved. She’s seen kids who were angry, hungry, hospitalized. But what horrified her the most was when the calls stopped coming.

“I can’t investigate something I don’t know about,” she says. For seven months and who-knows-how-much-longer, the coronavirus pandemic has confined people largely to their homes — a place of comfort for many, but a source of danger for the children Neal works to protect.

Before the pandemic, it wasn’t unusual for Neal to be assigned two new cases a day by her bosses at the Michigan Department of Health and Human Services. By the third week of March, as Michigan closed its schools, her caseload dropped to two per week.

Neal is the worrying type, and in the quiet vacuum of calls, she began to fear for the families she had already encountered. Not just the children, but also the parents who had worked so hard to get sober or get a job, to get into a stable, livable home so they could regain custody of their kids. Now the substance abuse programs were closed and the jobs were vanishing. The supports that boosted those families to above the water line were buckling.

Then Neal started thinking about the children she hadn’t met. The ones for whom school is a safe harbor — where they don’t fear being hurt, and where teachers might notice a bruise or a head hung low and think to ask if everything is OK at home. Educators are the leading source of reporting calls to child protective services agencies across the country. Like doctors and day-care workers, they are mandated to report abuse or neglect if they suspect it’s happening.

But now teachers weren’t seeing those kids, and kids couldn’t confide in those teachers, and Amanda Neal’s phone wasn’t ringing.She knew that there were still floors with broken glass, babies with broken bones, kids getting hit and going hungry. She knew it was happening, but she didn’t know enough to help.

“The ones we don’t know about”are the cases that worry her the most, she says.

“And we may never know. At least until this is over.”

Neal, 32, knows what a lot of people think of child protective services, or CPS, workers. She grew up hearing it: “People called them kidnappers.”

Neal got pregnant at 14. She found out during the week of her freshman orientation for high school. Her parents insisted Neal take full responsibility for her child. Once her daughter, Hailey, was born, Neal would bring her along on babysitting gigs so she could earn money for diapers and formula. Hailey went to a day-care center at the school, and Neal was forced to enroll in a child development program for teen moms.

The class was led by Maria Sutka, a school social worker whom Neal still thinks of as an angel. Neal would confide in Sutka about mean comments from peers, struggles with her parents, fears that she was failing Hailey. “She didn’t judge you. She didn’t make you feel less-than,” Neal says in a phone interview. “You could come to her saying something horrific, you know, and she would always try to turn it into a positive situation. ‘What can we do to make this better?’ ”

After 10 years of part-time work and part-time school, Neal became the first in her family to graduate college and applied to work for the CPS office in Monroe County, 45 minutes south of Detroit, hoping she could be the one to ask others: “What can we do to make this better?”

For 2 1/2 years she tried to do that every day. Then came the coronavirus. She was told to work remotely — only a few investigators from her office were still making home visits. Finally, in July, Neal was issued protective gear and cleared to go back out into the field.

“There was so much depression,” she says. “I had some families that were just barely hanging on.”

The cases she sees now are often severe — situations that have spiraled so out of control that neighbors or relatives call to report them. Small children left home alone for hours. Kids with special needs wandering the streets. Parents overdosing or pulling weapons on each other. Babies born with drugs in their system.

One pattern that has jumped out: “A lot of parents sleeping all day. A lot of kids were struggling with that. You knock on the door and the little one answers,” she says. No job for the parents, no school for the kids, no need for bedtimes or alarm clocks. “There’s no structure. … And I think the scary part is the kids were accepting that and thinking it was normal.”

In normal times, when she was assigned a new case, Neal’s first stop was usually the school. She’d show her I.D. at the front office and ask to speak to the child in question in a private room.

Neal would tell the child who she was, that she spoke to lots of kids for her job and it was her turn to talk to them. She’d ask what they liked doing in school or what they had eaten for dinner last night, trying to build a rapport. Then she would ask open-ended questions to try to find out if the child was in any danger. When she left, she’d follow up with the parents.

Once the pandemic hit, there was no more school or private rooms. Neal has no choice but to show up at the child’s home. And she understands that she is not a welcome visitor.

“Interviewing the child in the house is much harder. Because you can see they feel uncomfortable. You can see that they don’t want to say anything that is bad about Mom or Dad. You can see they are hesitant about telling you things because they may get in trouble,” she says. Neal usually tries to take children outside to talk, but the gaze of prying neighbors can be just as disturbing. “So you’re unable to get a clear understanding of what’s happening in the house.”

Neal is married with a 2-year-old son in addition to Hailey, who is now 18. When she’s assigned a new case, she goes into mama-bear mode. But she knows that most of the time, the parents involved need her help as much as the kids.

“As a young parent, I understand what it’s like to be flustered. I understand what it was like to not know why my baby was crying. But I also had a parent who told me to ‘put that baby in a crib and walk away,’ ” she says. “But if you’re in a homeless shelter and your baby’s crying and everyone is staring at you because you can’t make your baby quiet … or you’re living in a hotel room and you’re worried about getting kicked out, I can see how people get flustered to the point of making a decision that is wrong. I can see how that comes about.”A wailing baby is shaken, a newly sober parent picks up a needle, a terrible choice is made in a moment of crisis.

Over the summer, Neal was called to investigate a report of neglect. She showed up at 8 a.m. and a 6-year-old answered the door, trailed by two younger siblings. An hour later, their mother showed up on a bike. The only job she had been able to find was one working at night, when her children were mostly asleep.

“She was busting her butt, riding back and forth,” Neal says. “Doing everything she could.”

The woman had no family help, no support, no child care. She was defensive with Neal, scared that her children could be taken away.But Neal and her colleagues were able to get the kids into a free day care and persuade the mother’s employer to switch her to day shifts.

Those are the cases that keep Neal going — when she’s certain she’s made life easier for a family. “I just feel like I’ve accomplished something,” she says.

But for every moment Neal feels that sense of accomplishment, there are two when she wonders what she could have done better. “With this job, my decisions affect somebody’s life. And I don’t take that lightly.”

With so many resources still unavailable because of pandemic-related closures, Neal is second-guessing herself more than ever. She’ll lie awake at night wondering about a parent she suspected of drug use but couldn’t get tested because testing centers are shut down.

“Am I going to get a complaint the next day that this person is overdosed?” she wonders. “I’m really worried about the kids — what they were doing. Are they going to obtain any of (the drugs)? And when everybody’s trapped in a household, tempers flare up. What are the kids going to see?”

In addition to everything else, Neal is missing her commute home from the office these days. It gave her time to process the trauma of what she had seen and heard. Now she comes straight home, feeling gutted. She hugs her children, thanks God that they’re safe and that they were born to her. For a few hours she’ll attend to their needs, and then, once they’re asleep, Neal’s mind returns to the others.