BUFFALO (WBEN) – “I think this year more than ever the need is greater,” said Buffalo Dream Center Pastor Eric Johns, who has begun year 22 of living among Buffalo’s homeless population for a week, as he’ll sleep outside and in shelters, and eat his meals at soup kitchens until Saturday.

“I’ve seen a great need in our community, and especially during the holiday season,” he continued. “We want to feed lots of families and give toys to kids, and this is the week that we draw attention to the need, so we definitely didn’t want to stop or put it on hold – we felt like more than ever we needed to do what we do.”

This year, Johns’ two sons, ages 16 and 17, will also join him during the week, as they plan to take over for their father some day.

Together, the mission of the five days is to bring awareness for Boxes of Love, a Christmas campaign with a goal of giving food to more than 3,000 families, as well as distributing thousands of wrapped Christmas presents to children. Last year, nearly 1,000 volunteers participated in wrapping gifts, packing food, and distributing items throughout the month of December.

The food distribution begins at 20 distribution sites across the city, and the toys will be given away during the third week of December. 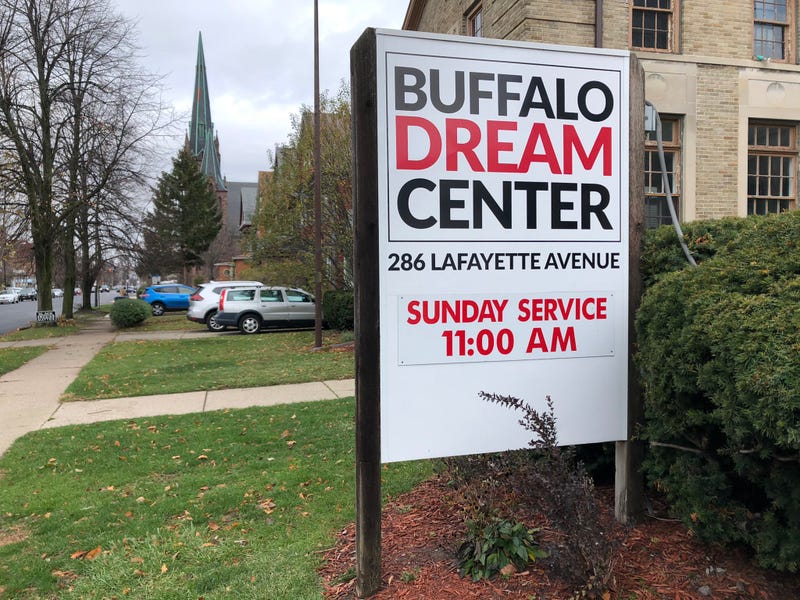 “The Buffalo Dream Center has been an essential service since the pandemic hit – we have the only mobile food pantry in the City of Buffalo,” said Johns. “Because of that, we’ve been distributing food throughout the city ever since March at a really increased rate.

“As a matter of fact, we have a distribution site where we will hit our 15,000th family, since March, that we’ve given groceries to,” Johns added. “All that we’re doing is taking what we’ve been doing, following all of the guidelines that the food bank and Erie County has given us, and we’re just continuing it into the month of December and adding toys to what we’re doing, and going into some more neighborhoods and just increasing the amount of families that we’re helping.”

Johns noted that he has been asked numerous times this year on how he plans to be safe this week amid the pandemic, and he essentially said his safety is not his primary concern.

“If I was interested in staying safe, I wouldn’t have started this 22 years ago.”

For those who desire to help the Buffalo Dream Center’s Boxes of Love program, you can call 716-854-1001, or head to www.buffalodreamcenter.org.