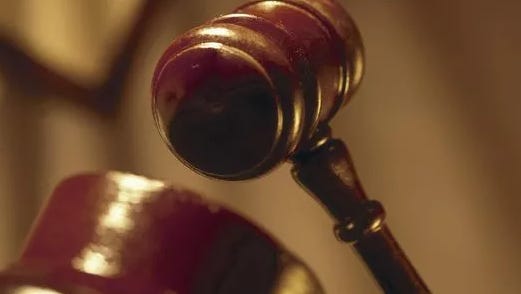 Federal prosecutors said Monday that four people arrested at a Blue Ash hotel who are accused of conspiring to sell 16-year-old girls for sex could face up to life in prison if convicted.

The two women and two men appeared in U.S. District court Monday to face human trafficking conspiracy charges, according to a U.S. Department of Justice release.

Prosecutors said they have audio recordings of the accused defendants discussing logistics for providing underage females for sex.

Law enforcement officials found used and unused condoms, sexual devices, bottles of lubricant and a gun inside the defendants’ hotel room, according to the release.

Police and agents encountered a 16-year-old female victim who they said was brought to the hotel room to perform sex acts for money. A portion of the money would be given to the defendants, police said.

The punishment for conspiring to traffic a minor carries a mandatory minimum sentence of 10 years and up to a sentence of life in prison, according to the release.

The charges were announced Monday by David M. DeVillers, U.S. Attorney for the Southern District of Ohio; Chris Hoffman, special agent in charge from the FBI’s Cincinnati Division, and Blue Ash Police Chief Scott Noel, according to the release.

On Monday, a Cincinnati man was convicted in Warren County on human trafficking charges. He was accused of operating out of two hotels in Mason and another hotel in Blue Ash, according to a Nov. 9 Enquirer article.

Those charged federally are scheduled to appear in court next on Thursday, Nov. 12, according to court documents.

2020-11-10
Previous Post: Volunteers and supplies needed to distribute “Blessing Bags” for the homeless
Next Post: Ban on travel and encrypted apps for ‘sex slavery gang’ banned from travel and phone