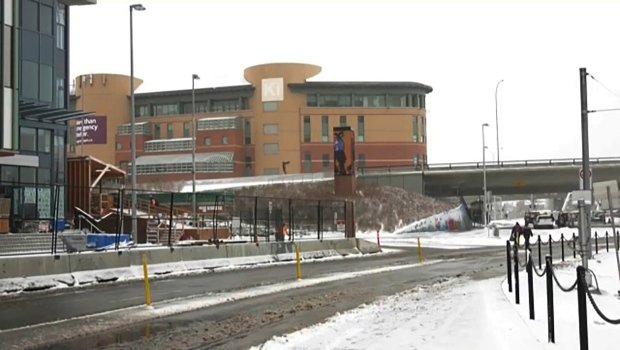 CALGARY —
Since the start of the pandemic Calgary Police have taken 29 people to hospital for isolation after testing positive or having close contact with someone with COVID-19.

All of them have been part of the city’s homeless or vulnerable population.

In total, police have been given 35 of the “form three” orders since April. The majority of them were issued last spring, but lately the pace has increased significantly, says a police spokesperson.

“Since September 1, we’ve had another 12 issued, eight or nine of them for the month of November, so November has been a very busy month for our front line officers,” says Staff Sgt. Robert Rutledge.

Rutledge says the vast majority of officers’ interactions with the people have been co-operative, but it still poses a risk for front line staff.

“At one point we had about 60 officers…self-isolating due to COVID,” Rutledge says.

In total, AHS says it has issued about 70 certificates to manage people who are not meeting the requirements to self isolate, keeping them in hospital until they are no longer considered a risk to the public.

In some instances the orders were used to keep patients in hospital that were threatening to walk out.

AHS says all 70 instances involved people who were some combination of homeless or with mental health or addiction issues.

In turn, the City of Calgary has written the provincial government asking for bylaw officers to be temporarily allowed to enforce Public Health Act violations. The authorization was given in the spring, but expired months ago.

The city reports that since the end of July its 311 operators have received 1,674 complaints about mask violations which make up 71 per cent of service requests. The vast majority — 82 per cent — were for violations in commercial businesses.

Just 12 violation tickets have been given out.