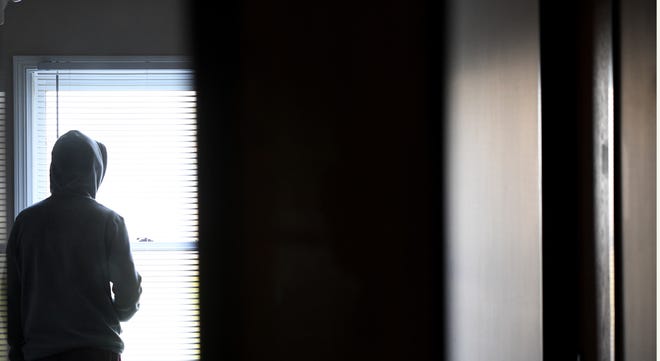 “I got nothing (from the sale of the house), and she didn’t get anything either. That was stupid. But it happened,” said Kirkland, 85, who bounced from shelter to shelter for the first few months.

But the U.S. Army veteran considers himself lucky. He is one of the first to live in the newly opened Honor Home, owned and operated by Portage County-based Family & Community Service. The home is Stark County’s first dedicated residence for veterans who are homeless or who are in transition and need transitional housing.

“This is place is good, nothing wrong with the place at all,” Kirkland said. “I found a lot of friends here that I enjoy being with and talking to.”

Matthew Slater, director of veterans services for Family & Community Services, said the buildings previously had been used by ResCare as group homes for individuals with developmental disabilities. Former Congressman Jim Renacci donated two of the homes to the agency, he said.

Funding to operate the homes largely comes from the U.S. Department of Veterans Affairs. The Stark County Veterans Service Commission, which has been involved with developing the Honor Homes, funds two of the beds.

De Ann Williams, director of the Stark County Veterans Service Commission, said the service commission previously put homeless veterans in hotels, but it is moving away from using hotels because the veterans didn’t get the help they needed to find permanent housing like they will at the Honor Homes, she said. The service commission also offers veterans rental assistance for nine months under its Operation Homebound program.

The recently opened four-bedroom Honor Home can house up to eight veterans who can stay for roughly 90 days.

The facility has all of the amenities of home: A large living room with a flat-screen TV, dining room, laundry facility and a kitchen where the veterans are expected to make their own meals using food that largely has been donated.

It also has rules and an 11 p.m. curfew. Each resident is expected to keep their room clean and help with chores. Coffee is made at 5 a.m.

Family & Community Services staffs the Honor Home 24 hours a day, seven days a week. Slater said when a veteran arrives, a staff member evaluates the veteran’s needs and discusses their housing goals. They then create a plan on how to reach those goals and will meet with the veterans at least weekly to discuss what progress has been made and what obstacles remain.

Once the pandemic subsides, group therapy sessions also will be offered, Slater said. The sessions include music, creative writing and art therapy.

“We’re seeing a lot of veterans who have been homeless 30-plus years and they’ve been through (the typical) programs,” Slater said. “We didn’t want to offer them the same type of programming that they’ve already been through over and over and that hasn’t created a change or programs that our community partners can do better. … This gives them a different opportunity to tell their story and to process their trauma.”

Kirkland’s goal is to find a permanent home back in Massillon where he can once again root for the Tigers.

“That’s where I’m from. I know where everything is,” said Kirkland, who was drafted from 1957 to 1959 and was stationed in Germany.