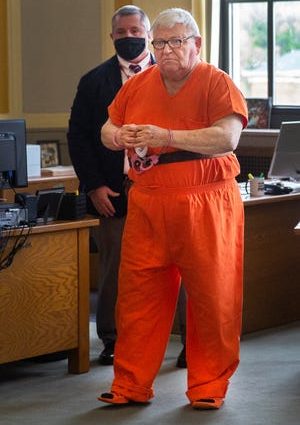 Officials at the Scioto County Jail confirmed Mearan was released at 9:09 a.m. Wednesday.

Mearan appeared Monday afternoon in Scioto County Common Pleas Court for an arraignment at which he pleaded not guilty to all charges. Visiting judge Patricia Cosgrove set a $300,000 bond.

More: ‘It was a happy day’: Michael Mearan pleads not guilty to sex trafficking. Bond set at $300,000

Mearan’s attorney, Richard Nash, initially told The Enquirer the bond was at a point where he believed Mearan “will not be able to bond out.”

“It was a happy day,” Kadie Lancaster said after Monday’s arraignment. “But yet, we’re kind of disappointed in the amount of bond that was set, because we do know he has that.”

Mearan, 74, was the focus of an Enquirer investigative report last year into sex trafficking in the small city 100 miles east of Cincinnati along the Ohio River. The Enquirer interviewed Mearan twice during the investigation. He consistently denied the allegations.