Power of Giving 2019 | Health & Medicine: A History of the Breast Cancer Research Foundation 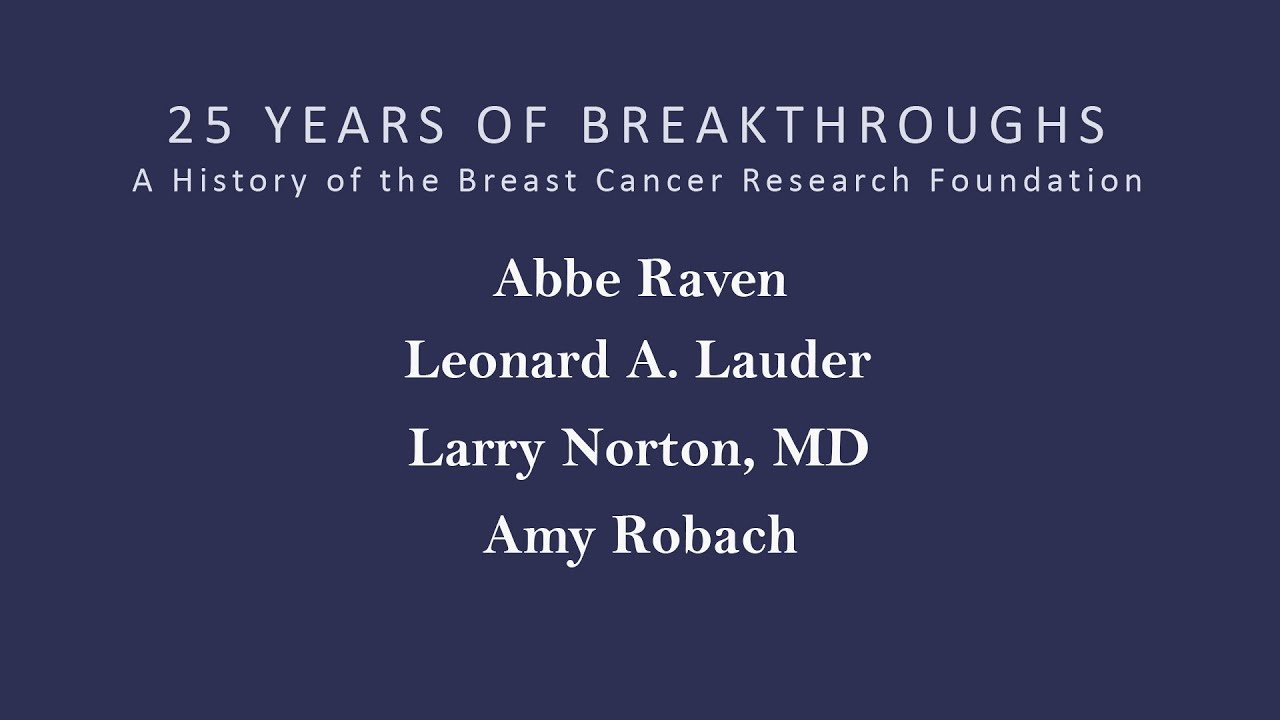 How has the Breast Cancer Research Foundation helped decrease breast cancer deaths by 40% since its founding in 1993? Join Leonard A. Lauder, Dr. Larry Norton, and Amy Robach in a series of short talks on the history and impact of the Breast Cancer Research Foundation and its role in funding new research frontiers. In the Smithsonian’s 2019 POWER OF GIVING symposium, Leonard A. Lauder speaks about his commitment to finding a cure, and the vision of his late wife, Evelyn, with whom he and Dr. Norton co-founded BCRF in 1993. Dr. Norton speaks about BCRF’s role in breast cancer research over the past 25 years, and highlights its support of the AURORA consortium focusing on the study of the molecular biology of metastatic breast cancer. Amy Robach closes the segment with a personal story of breast cancer survival, role as BCRF ambassador, and the importance of money in finding a cure. Abbe Raven introduces the segment.