QAnon conspiracy needs to be called out by Iowa politicians 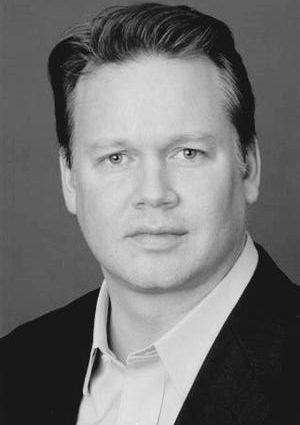 Any Iowan interested in fighting the scourge of sex trafficking and restoring the lives and dignity of survivors should find it easy to condemn the despicable “QAnon” conspiracy theory that claims Donald Trump was recruited by U.S. military leaders to run for president so he could go to war against a “deep state” child sex-trafficking ring run by high-profile Democrats and celebrities.

As if that weren’t outlandish enough, “Q” conspiracy theorists also believe these celebrities and politicians are members of a “satanic pedophile cannibal cult” and that Trump has been chosen to crush the cult and liberate the enslaved children in a prophesied event they call “The Storm.”

Such outlandish lies, like the debunked “Pizzagate” conspiracy theory that went viral just before the 2016 elections, or the “birther” claims that Barack Obama or Kamala Harris are not natural-born U.S. citizens, or the bizarre theory that Ted Cruz’s father was part of the plot to assassinate JFK, are designed to sow confusion, division and resentment.

Social media giants are beginning to crack down on QAnon conspiracy theorists, with Twitter this summer banning more than 7,000 accounts associated with QAnon conspiracy theories, and Facebook wisely announcing that it will “remove any Facebook Pages, Groups and Instagram accounts representing QAnon, even if they contain no violent content.”  YouTube announced new policies regarding QAnon on Oct. 15.

Yet many Republican politicians have refused to publicly denounce the vile “pedophile cannibal cult” conspiracy theory, and some, including Sen. Joni Ernst of Iowa, have echoed QAnon’s conspiracy theory that COVID-19 deaths are wildly exaggerated worldwide, and right here in Iowa. Worse, she said Iowa doctors were inflating the numbers because they “get reimbursed higher amounts if it’s a COVID-related illness or death.”

Ernst tried to walk back the statement, but she and other congressional Republicans have failed to publicly denounce QAnon for what it is: a dangerously unhinged proponent of conspiracy theories that take our politics to a new low and preys on our basest fears and most tribal instincts.

For Iowans, it’s a sad fact that Rep. Steve King of Iowa, whose extremism and history of racist remarks lost him the Republican primary in June, was one of only 18 House members to vote against a resolution this month titled “Condemning QAnon and rejecting the conspiracy theories it promotes.” The good news here is King won’t be representing Iowans as of Jan. 3, 2021.

There’s an easy way that Iowa politicians on both sides of the aisle can make it clear that they in no way believe, support, or condone QAnon conspiracy theories: by publicly denouncing them, in all their bizarre manifestations. That shouldn’t be that hard to do, especially since the FBI warned last year that conspiracy theory-driven extremists — specifically citing QAnon — have become a “domestic terror threat.”

Sadly, President Donald Trump seems to hold a different view, saying in August that he believes QAnon supporters are nonviolent and that he’s “heard these are people who love our country.” And just last week, during a televised town-hall meeting, Trump refused to disavow QAnon, then falsely said “I know nothing about QAnon,” but “I do know they are very much against pedophilia.”

Transparent yet damaging lies come easily to this president. Nevertheless, let’s hope today’s GOP eventually follows the lead of William F. Buckley Jr., who in the late 1950s took on the John Birch Society and helped eject the radical group from the early conservative movement for, among other wild claims, saying that President Dwight Eisenhower was a “dedicated, conscious agent of the Communist conspiracy.” When Birchers tried to co-opt Buckley, he recoiled. When it comes to the ugly lies of QAnon conspiracy theorists, a similar recoil is merited.

Michael Judge, a former deputy editorial features editor at the Wall Street Journal and a fifth-generation Iowan, is a freelance journalist.