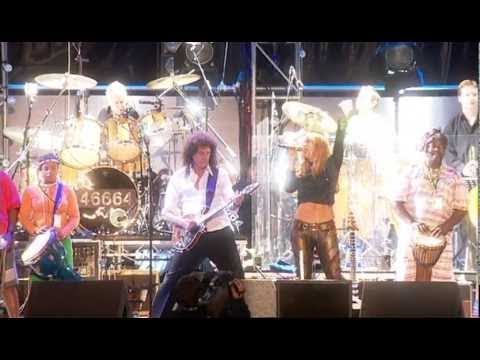 Taken from 46664 – The Event at Green Point Stadium in Cape Town, South Africa on 29th November 2003. The show was hosted by Nelson Mandela was the first of a series of AIDS awareness charity concerts played in his honour.