Remember when an assault in Denton made it on TMZ?: The top crime stories of 2020 | Year in Review 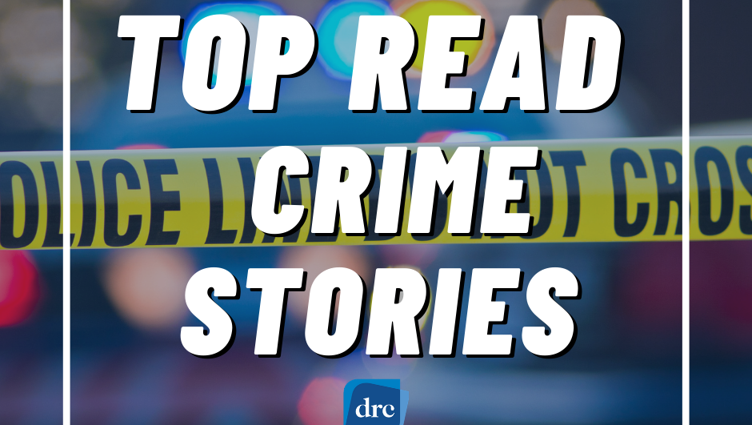 The most-read crime stories in the Denton Record-Chronicle told tales varying from death and human trafficking, as well as a story that put the city of Denton at the center of attention on social media one Saturday.

Here are the stories in ascending order.

The Denton Police Department was dispatched to Buc-ee’s following an assault report. A 911 caller reported on Oct. 3 seeing a supporter of President Donald Trump arguing with another person before allegedly punching them outside Buc-ee’s.

The video of the assault went viral on Twitter and also prompted Denton Police Chief Frank Dixon to update the world on the investigation’s developments in a series of tweets that gained thousands of interactions. Jason Lata, 44, of Flower Mound was arrested late that day. The video of the assault showed a man in a black shirt and brown hat punch another man outside the travel center in Denton.

The incident garnered national attention and was picked up by TMZ, which reported rapper YG’s “FDT” (“F–k Donald Trump”) was playing in the background.

Shiflet was charged with transporting three different minors across state lines and coercing one of them to cross state lines for illegal sexual activity in the late 1990s and early 2000s. Court documents in November showed the third count of transporting and the count of coercing were dismissed following an agreement between parties’ attorneys.

The initial story that informed readers about his arrest included Shiflet’s name, age, charges and said he was a youth pastor in both Little Rock, Arkansas and Denton around the time of the incidents from a U.S. Department of Justice news release.

Reporting over the next few days revealed Shiflet’s places of employment in Denton. Denton Bible Church revealed to members in June they were aware the incidents overlapped Shiflet’s tenure at the church and an email sent to Liberty Christian staffers acknowledged a former staffer was accused of child sex trafficking.

As of Dec. 21, Shiflet hadn’t yet been sentenced. According to court documents, both parties agreed to a sentence of 27 to 33 months on each count, to run concurrently, although the court can still determine the appropriate sentence. Following his release, Shiflet would have to register as a sex offender.

Darius “DJ” Tarver was a criminal justice student at the University of North Texas who was killed by police who responded to a disturbance call at The Forum Apartments on Jan. 21.

Several stories followed Tarver’s death in January, but the most-read article had a headline that revealed Tarver was killed by people in a profession he was pursuing. Denton police officers alleged Tarver descended on officers down a stairwell while holding a frying pan and meat cleaver, adding that a stun gun didn’t stop him and Tarver didn’t follow officers’ demands to stop and drop the items.

Friends of Tarver told the Record-Chronicle later that day their friend was acting differently, noting his behavior changed after he was injured in a car crash the week before. Tarver’s father, Kevin Tarver, spoke at Black Lives Matter demonstrations this year disputing the Denton Police Department’s accounts.

Tarver’s death also sparked outrage in the Denton community because he was a Black man killed by police, and residents pressured Dixon and city officials to release the body camera footage.

The Denton County Sheriff’s Office received warrant information for Bonds, who the Fort Worth Police Department said shot his girlfriend in Fort Worth and threatened to kill others on April 23.

After obtaining the arrest warrant for Bonds, the Record-Chronicle reported Bonds allegedly shot his girlfriend in the left shoulder at a Sam’s Club parking lot after saying he wouldn’t hurt her. His girlfriend had injuries that weren’t life-threatening and she told police she and Bonds met up at Sam’s because he was going to give her money.

According to police records, Bonds showed her at one point that he had a handgun in his backpack but said he wouldn’t hurt her. She told police he got out of the car, she looked forward and then felt pain on her shoulder from being shot.

The following day, Denton County deputies located Bonds in Denton around 10 a.m. The sheriff’s office said deputies saw Bonds exit his vehicle and walk to the trunk, pulling a handgun from his vehicle. Deputies shot him and Bonds was taken to Medical City Denton, where he was pronounced dead.

A Denton man was convicted in September of child sex trafficking and faces up to life in federal prison.

William Adam Jonathan Smith, 31, was arrested in April following a joint operation between the Denton Police Department, the Department of Homeland Security and the Texas Attorney General’s Office.

Upon his arrest on April 23, he was charged with conspiracy to engage in child sex trafficking. His girlfriend Charity Cantu, whom agents also interviewed, pleaded guilty in March to a racketeering charge.

According to the Department of Justice, Smith befriended a 17-year-old girl in summer 2019 and introduced her to Cantu, telling Cantu she was to groom and train the young girl to “make money for him providing commercial sex services.”

Smith’s sentencing is set for Jan. 8.

2020-12-27
Previous Post: Over 100 students identified as homeless in Ardmore
Next Post: City-Parish sets multi-tiered goals to address homelessness in 2021 | News