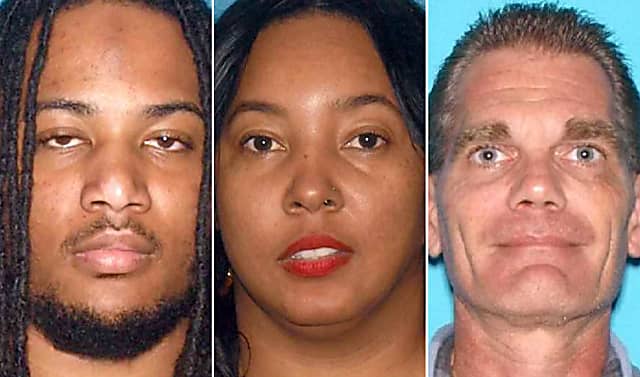 A retired New Jersey corrections officer paid a couple for sex with a 14-year-old girl who was trafficked at an Atlantic City casino hotel, authorities charged.

The girl was rescued when she showed up at the hotel after undercover State Police detectives responded to an online escort ad, state Attorney General Gurbir S. Grewal said Wednesday.

Authorities later that day arrested Derrick V. Ross, 27, of Atlantic City, who Grewal said brought the girl to the hotel to have sex for money – and often sexually assaulted her himself.

Also arrested was Tiffany N. Davis, 39, of Egg Harbor Township, who the attorney general said placed online ads and, with Ross’s help, “trafficked the victim to have sex with a number of men.”

An indictment handed up by a grand jury in Trenton charges Davis and Ross with human trafficking, promoting prostitution of a child, promoting organized street crime and conspiracy, among other offenses.

Ross also is charged with sexually abusing the girl and endangering her welfare.

The indictment also charges retired state correctional police officer Kurt C. Young, 53, of Cape May County with sexually assaulting the girl during a rendezvous at his South Dennis Township home that was arranged by Davis, Grewal said.

The charges are the result of an anti-sex trafficking investigation conducted by the New Jersey State Police Casino Gaming Bureau and the Division of Criminal Justice Specialized Crimes Bureau, with assistance from the FBI Child Exploitation and Human Trafficking Task Force.

Authorities implored victims and others to contact investigators if they or someone they know is being sexually exploited.

“These victims often feel trapped with no way to escape,” Grewal said. “That is why we urge people to help us rescue them by calling our confidential hotline 855-END-NJ-HT if they see someone who they suspect is being exploited in this manner.”