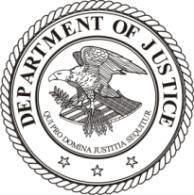 BOSTON – A Woonsocket, R.I. man has been charged with trafficking victims to engage in prostitution.

Ronald Hall, 48, was indicted on Oct. 28 on five counts of sex trafficking by force, fraud or coercion and one count of transportation of an individual with intent to engage in prostitution.

According to the indictment, from at least January 2012 to December 2019, Hall trafficked five victims between Massachusetts, Rhode Island, Connecticut, New Jersey, New York and Las Vegas, Nev., with the intent that each victim would engage in prostitution, and used force and threats of force to coerce them to do so. Hall also transported these women between Massachusetts and Rhode Island and Connecticut with the intent they engage in prostitution.

Members of the public who have questions, concerns or information regarding this case should call 617-748-3274.

The details contained in the indictment are allegations. The defendant is presumed innocent unless and until proven beyond a reasonable doubt in a court of law.