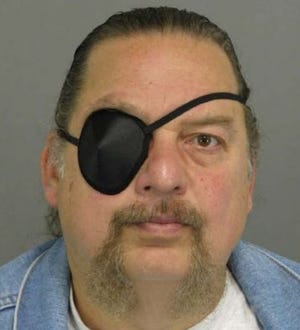 A Roebuck man has been charged with human trafficking after he traveled to Dallas to buy a 19-year-old woman who was being sold as a sex slave, according to the U.S. Attorney’s Office in South Carolina.

Robert Hubert, 66, of Roebuck, and Alfonzo Orozco Juarez, 35, of Dallas, Texas were charged with conspiracy to commit sex trafficking, Erin Nealy Cox, U.S. Attorney for the Northern District of Texas, said in a statement Friday.

“This victim endured horrific abuse at the hands of these defendants,” Cox said in a statement. “It is unthinkable and frankly, difficult to learn that this type of thing is happening in our district. I am grateful that our North Texas Human Trafficking Task Force was able to act swiftly and aggressively. The Northern District of Texas and its partners in the District of New Mexico are committed to ending the scourge of human trafficking, one brutal case at a time.”

According to the complaint unsealed Thursday, Juarez contacted the victim from Santa Fe, New Mexico on a dating app in 2019. In September 2019, they met in person inside a Dallas motel room.

The victim was repeatedly sold for commercial sex and was advertised as a “slave” on a fetishism website. The U.S. Attorney’s Office said Hubert using the screen name “The Darkest Lord” offered $5,000 for the victim.

The men met at a gas station in Dallas to make the exchange and Hubert put the victim in his car and drove her to his home in Roebuck, according to the complaint. Hubert clamped a metal collar around her neck, threatened to brand her, and provided her with a list of fetishes he liked.

The U.S. Attorney’s Office said in the complaint the victim texted Juarez fearing for her life. Juarez responded for her to “Endure what you have to. He’ll punish you whip you….but not kill you.”

Cox stated Hubert required the victim to remove her clothes and be naked all the time. The victim persuaded Hubert to allow her to call her parents. The victim’s father begged for Hubert to let her go.

In the complaint it is stated that Hubert told the father he had purchased her for $5,000 and demanded the father pay him $5,000 back in exchange for her safe return. Hubert sent the father a contract signed by both Hubert and Juarez as proof of the sale. Eventually, Hubert relented, and the victim was able to escape by bus.

Cox stated a criminal complaint is an allegation of wrongdoing and not evidence. If convicted Hubert and Juarez face life in federal prison.

Homeland Security Investigations and the North Texas Trafficking Task Force conducted the investigation with support from the Crime Strategies Unit with the 2nd Judicial District Attorney’s Office in Albuquerque, NM. Assistant U.S. Attorneys Andrew Briggs and Rebekah Ricketts of the Northern District of Texas are prosecuting the case.